The United States ambassador to Libya, J. Christopher Stevens, was killed in a rocket attack on the American consulate in the city of Benghazi on Tuesday, September 11, 2012.
November 8th, 2012
11:19 PM ET

In an emotional speech honoring the slain U.S. ambassador to Libya, Secretary of State Hillary Clinton said the United States is taking "immediate steps to bolster security and readiness at our missions across the globe."

Clinton said the State Department and the Defense Department already have dispatched joint teams to review high-threat posts "to determine whether improvements are needed in light of the evolving security challenges we now face."

U.S. diplomats serve in more than 275 posts in 170 countries around the world, Clinton noted Thursday.

Three investigations into the circumstances of Christopher Stevens' death are under way: by the FBI, Congress and the State Department's Accountability Review Board. "We will apply its recommendations and lessons learned to our security around the world," Clinton said.

The review board is expected to issue its report by early to mid-December, according to the State Department.

END_OF_DOCUMENT_TOKEN_TO_BE_REPLACED

The United States sanctioned 17 Iranian individuals and entities for their alleged roles in the Iranian government's human rights abuses and support of terrorism, the Treasury and State departments announced Thursday.

The actions were carried out under the authority of three separate executive orders that had already been put into effect.

In the first set of sanctions, the United States targeted four Iranian individuals and five entities for their roles in censoring or blocking citizen access to the internet and international media - including the jamming of international satellite broadcasts.

Among those targeted is Ali Fazli, deputy commander of the Basij militia, who participated in the brutal crackdown of civilian protestors in the aftermath of the disputed 2009 Iranian presidential election.

END_OF_DOCUMENT_TOKEN_TO_BE_REPLACED 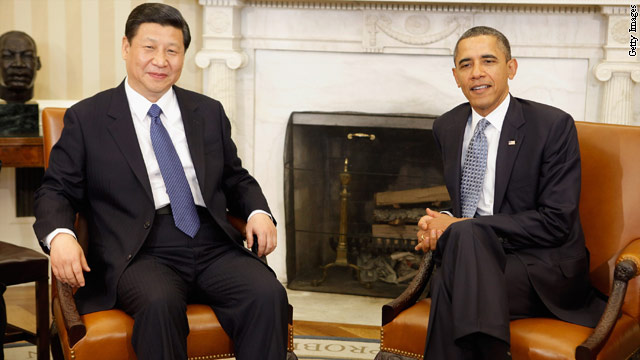 Regardless of the sentiment, China watchers say Obama's re-election, while not greeted with elation in Beijing, still provides some element of predictability going forward. There was perhaps greater concern if Mitt Romney had won, given how the Republican presidential candidate had turned China into the ultimate foreign policy bogeyman in the presidential campaign. Chinese officials made clear that any attempt to label their country a currency manipulator, as Romney pledged he would do his first day in office, would complicate the bilateral relationship even further.
END_OF_DOCUMENT_TOKEN_TO_BE_REPLACED

Army private offers plea in WikiLeaks case in exchange for nothing

(CNN) - The Army private accused of leaking millions of government files has offered to plead guilty to some of the charges against him, his attorney announced during a court hearing Wednesday.

But this is not some kind of deal guaranteed to get Pfc. Bradley Manning a lighter sentence.

END_OF_DOCUMENT_TOKEN_TO_BE_REPLACED

The scheme was foiled as a result of a sting operation. In October 2011, Sherifi asked a fellow inmate in his North Carolina jail how to hire someone to commit the murders, according to testimony. The inmate told his lawyer and federal law enforcement officers about what Sherifi was up to. The government then secretly taped conversations between Sherifi and his fellow inmate in which Sherifi talked about wanting the witnesses killed.
END_OF_DOCUMENT_TOKEN_TO_BE_REPLACED 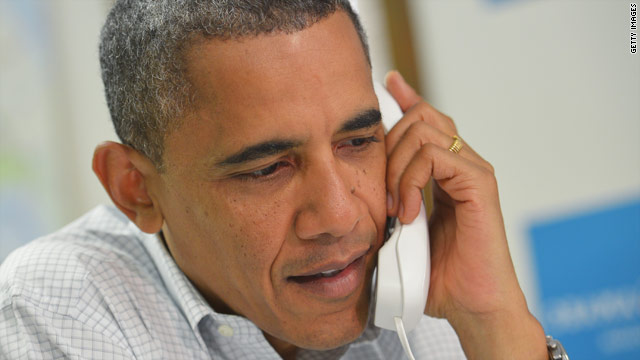 The drone was on routine maritime surveillance in international airspace east of Kuwait, 16 miles off the coast of Iran, U.S. officials said. The Predator was not hit.

"Our aircraft was never in Iranian airspace. It was always flying in international air space. The recognized limit is 12 nautical miles off the coast and we never entered the 12 nautical mile limit," Pentagon Press Secretary George Little said in responding to questions from reporters after CNN reported the incident.

Little said the United States believed this was the first time an unmanned aircraft was shot at by the Iranians in international waters over the Gulf.  In December of 2011, a U.S. surveillance drone crashed in eastern Iran.  Iranians claimed to have shot it down, and created a toy model of the drone to celebrate its capture.

Little stopped short of calling the incident an act of war although the Pentagon was concerned.

END_OF_DOCUMENT_TOKEN_TO_BE_REPLACED 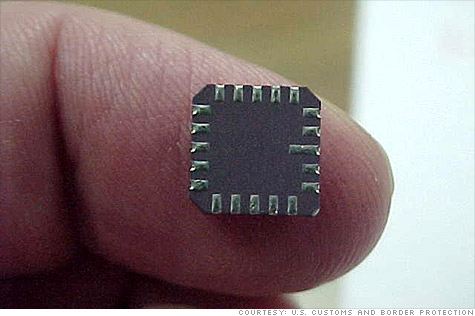 The number of fake tech products floating around in the market quadrupled from 2009 to 2011, according to IHS - and they're sneaking into some high-profile places.
END_OF_DOCUMENT_TOKEN_TO_BE_REPLACED

Obama faces a world of challenges in second term

After a long presidential campaign, Barack Obama has little time to savor his re-election victory as a host of world challenges linger. Security Clearance examines some of the key national security issues Obama will have to tackle in the coming months and what the strategy may be now that the election year politicking is over.

On his second day in office in 2009, President Barack Obama appointed former Sen. George Mitchell as an envoy to Mideast peace and pledged to work "actively and aggressively" to secure a final peace deal between Israelis and Palestinians.

Four years later, Israelis and Palestinians are father apart from a deal than at any time in the decades-long peace process. And that effort became more difficult with the election of Israeli Prime Minister Benjamin Netanyahu, who has made countering Iran's nuclear threat his priority, as well as Palestinian infighting and conditions for restarting talks.

But both parties also blame a lack of U.S. leadership on the issue as a major reason negotiations have stalled. As with previous presidents, a second term could inspire bold moves by Obama to bring the parties back to the table.

One of his most pressing challenges will be curbing Iran's nuclear ambitions. After months of criticizing the Obama administration for not being tough enough on Iran, the Israeli government is now casting Obama's re-election as good for Israel and for dealing with Iran.