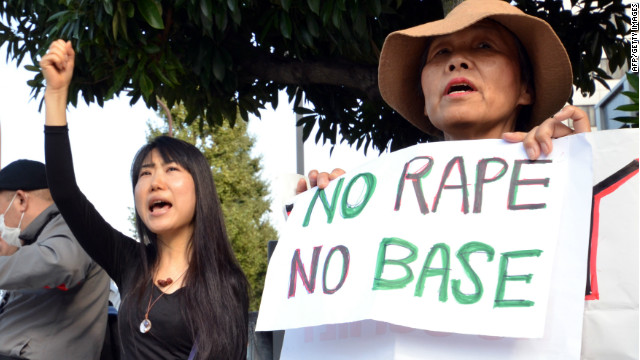 Civic groups in Tokyo protest the alleged rape of a Japanese woman by two U.S. servicemen on October 20.
November 7th, 2012
02:53 AM ET

Japanese prosecutors have indicted two American sailors on charges that they raped a Japanese woman on the island of Okinawa last month, a case that has deepened tensions between local residents and the U.S. military.

The arrest of the two suspects prompted outraged reactions from Japanese officials and resulted in the imposition of a curfew by the U.S. military on its troops in Japan.

The two suspects, both from a base in Fort Worth, Texas, were indicted by Naha District Court on Tuesday afternoon, according to a statement from the public affairs office of the U.S. Commander, Naval Forces Japan.