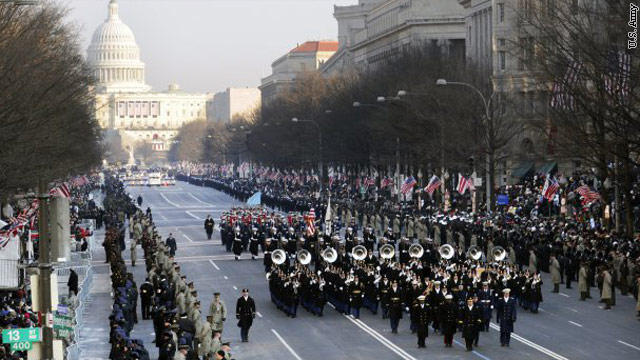 Pentagon prepares for changes, regardless of presidential election winner

More than two months before the chief executive takes office, the Pentagon is preparing for the next presidential term - regardless of who wins.

The Defense Department has set up a task force of nearly 1,000 personnel to serve as the military liaison and support for the presidential inauguration in January.

Actually, according to the Pentagon, military troops have been at presidential inaugurations dating to April 30, 1789, when members of the Continental Army escorted George Washington to his swearing-in at Federal Hall in New York.

In the modern era, however, the military role as become ceremonial and downright festive.

Military ceremonial units, marching bands, color guards, firing and salute units from all branches of the armed forces are expected to be involved at the Capitol swearing-in and during the parade along Pennsylvania Avenue.

"Military involvement in the presidential inauguration is a centuries-old tradition in which the armed forces celebrate democracy, honor the new commander in chief, and recognize civilian control of the military," the Pentagon said in announcing the new task force.

But it's all carried out with great precision with a number of full dress rehearsals in the days before inauguration.

One of the routine highlights every four years, is in the final rehearsal, a young military person is selected to 'stand in' for the president on the podium in the exact spot where the oath of office is administered.

But on a non-ceremonial note, the military and the Defense Department bureaucracy is also getting ready for the transition to the next presidential term.

A senior Pentagon official tells CNN that in each major Defense Department office, a senior civilian official is being identified who will lead the organization during a transition when political appointees may be leaving, regardless of who wins the election.

Even if President Barack Obama wins a second term, it's widely expected that Defense Secretary Leon Panetta would retire at some point and a new team would be brought in.