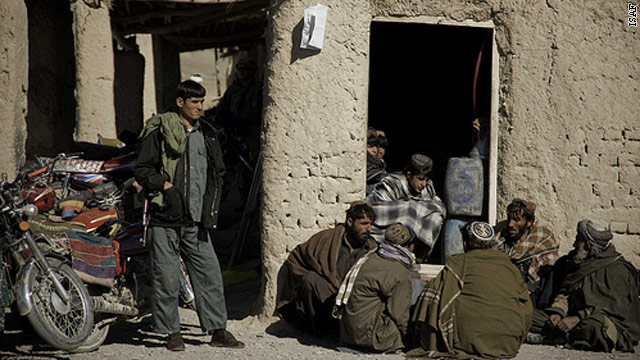 News of the attack trickled out Wednesday with no official announcement detailing it.

Only the name of the soldier who was killed has been released: Army Spec. Brittany B. Gordon, 24, of St. Petersburg, Florida. Gordon was assigned to the 572 Military Intelligence Company, 2nd Stryker Brigade Combat Team, 2nd Infantry Division, Joint Base Lewis-McChord, Washington.

The announcement of her death came in a Department of Defense news release on Monday, but it offered no details of the attack, saying only that she died of "wounds suffered when enemy forces attacked her unit with an improvised explosive device."

The CIA declined to comment on the report of the death of an agency employee, but a second U.S. official identified the officer as a male.

The U.S. officials said the incident appears to be an insider attack because the bomber was wearing the uniform of the National Directorate of Security, the Afghan government's intelligence service. The bomber struck while the group was on patrol, according to one official.

"Insider attack" is the term used by the NATO-led International Security Assistance Force for Afghan forces attacking allied or other Afghan troops.

A third U.S. official said ISAF is looking into the suicide bombing in southern Afghanistan to determine whether it was an insider attack because it is not clear if the attacker was really a member of the National Directorate of Security.

The official, who has knowledge of the bombing, also had little detail about the attack, but said it occurred near a bazaar in the town of Maruf, located less than 100 miles east of the city of Kandahar.

The officials gave differing numbers on the wounded, ranging from four to eight U.S. and Afghan troops.

One official said the number of dead from the attack could rise.