A small team of U.S. commandos was dispatched to assess security at the American consulate in Benghazi, Libya, and train local forces to better to protect that facility following an attack on a U.N. convoy there in April, an administration official told CNN.

The development is one of the strongest indicators yet highlighting the level of concern about security in the region in the time before last month's attack on the Benghazi consulate that killed Ambassador Christopher Stevens and three other Americans.

American intelligence believes it was a deliberate terrorist assault.

Special forces often conduct security assessments in areas deemed more threatening. Their presence and what they found and recommended would have been known to the ambassador, the official said.
END_OF_DOCUMENT_TOKEN_TO_BE_REPLACED

Georgia opposition may be premature in declaring victory– observers

END_OF_DOCUMENT_TOKEN_TO_BE_REPLACED

A sharp drop on Monday in the value of Iran's currency shows that international financial pressure over Iran's disputed nuclear program is having an impact, the State Department said.

"The currency is plummeting and firms all over the world are refusing to do business with Iranian companies," agency spokeswoman Victoria Nuland told reporters.

"So this speaks to the fact that we have said these are the most punishing sanctions we have ever been able to amass as an international community, and they are very important for trying to get Iran's attention on the important denuclearization work."

Iran's currency, the rial, plummeted to historic lows against the value of the dollar in open-market trading on Monday.

It has been in a distressed state since U.S. and European sanctions began to take hold earlier this year.
END_OF_DOCUMENT_TOKEN_TO_BE_REPLACED

Clinton stands by Rice after calls to step down

The State Department stood by U.S. Ambassador to the United Nations Susan Rice Monday, rejecting calls by Republicans that she step down

Asked to comment on demands by Rep. Peter King, R-New York, that Rice step down for what he says were misleading comments about the attack on the U.S. mission in Benghazi, Libya, State Department spokeswoman Victoria Nuland told reporters: "Secretary (Hillary) Clinton believes that Ambassador Rice has done a superb job, so let's just start there, and we completely reject any such calls here in this building."

Asked to explain inconsistencies from the Obama administration about the attack on the mission in which four Americans, including Ambassador Christopher Stevens, died, Nuland said: "When we gave our initial impressions that very first week of how we understood things had happened, we were very careful here, the secretary was careful, to make clear that these were preliminary assessments, that we would have to fully investigate, and to the extent that there were lessons to be learned we were going to have to take those on board."
END_OF_DOCUMENT_TOKEN_TO_BE_REPLACED 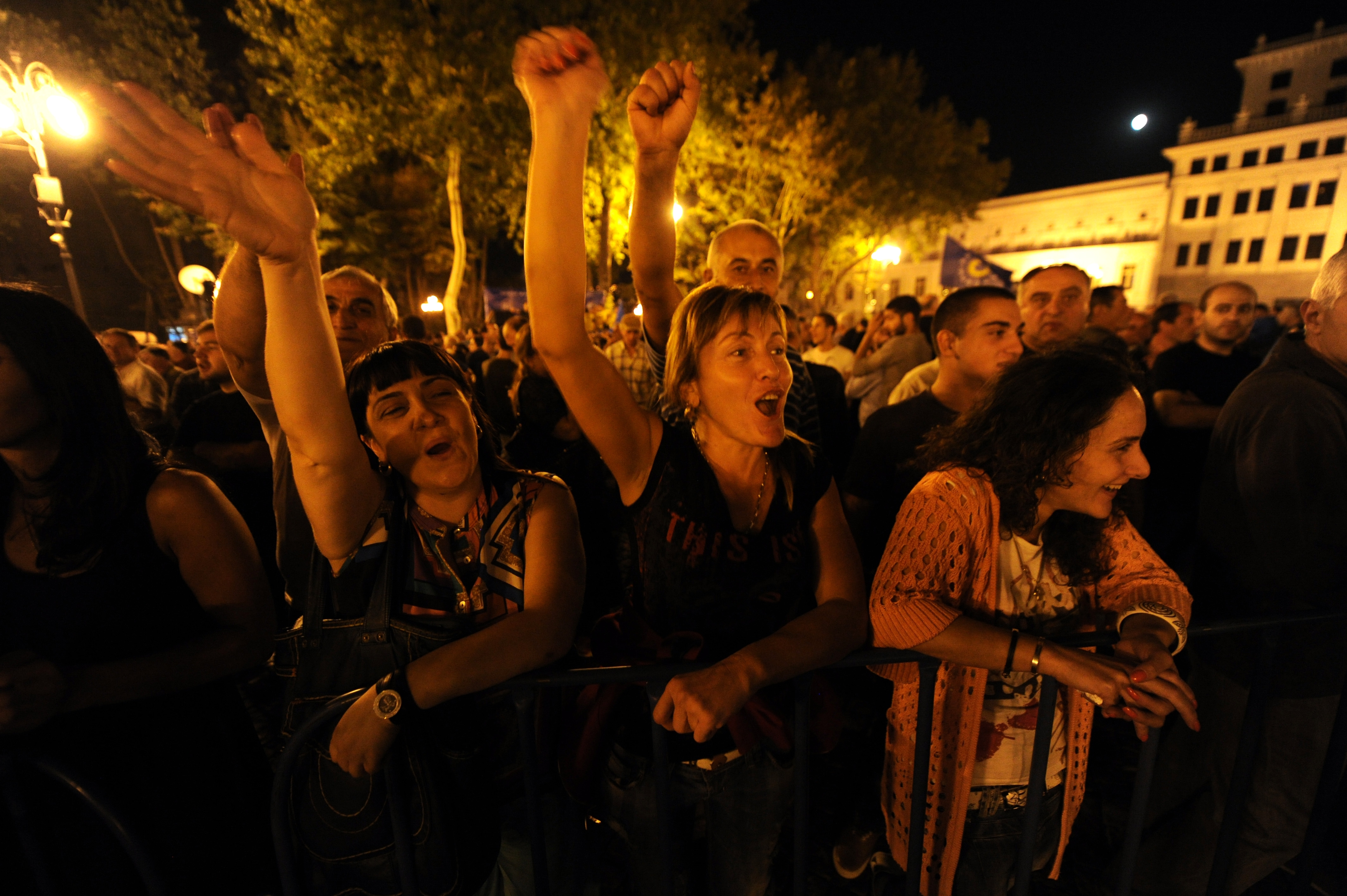 "From what I have seen," Craner said, "it's been very calm and peaceful, and it appears that there were no significant problems on election day. There was a blizzard of complaints but nothing that was systemic where you could look at election complains and say, 'Here's how someone is trying to steal the election.'"

Opposition forces are citing exit polls, but Craner said there "was no independent exit poll here, which was an important missing element, unfortunately."
END_OF_DOCUMENT_TOKEN_TO_BE_REPLACED

A dangerous new world of drones

A decade ago, the United States had a virtual monopoly on drones.

Not anymore. According to data compiled by the New America Foundation, more than 70 countries now own some type of drone, though just a small number of those nations possess armed drone aircraft.

The explosion in drone technology promises to change the way nations conduct war and threatens to begin a new arms race as governments scramble to counterbalance their adversaries.

Late last month, China announced that it would use surveillance drones to monitor a group of uninhabited islands in the South China Sea that are controlled by Japan but claimed by China and Taiwan.

A suicide attack in eastern Afghanistan Monday killed 12 people, including three NATO service members and four Afghan police, and wounded around 50 others, a spokesman for the Afghan interior ministry said.

The bomber targeted a joint patrol of ISAF forces and Afghan police, using an explosives-packed motorcycle, according to Sediq Seddiqi, a spokesman for the ministry.