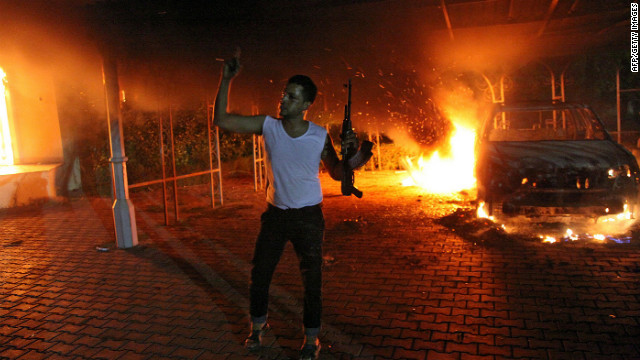 Allowing a waiver would have been a decision made with input from Washington, Libyan officials and the ambassador, according to diplomatic security experts.
END_OF_DOCUMENT_TOKEN_TO_BE_REPLACED

It was after dinner at Camp Bastion on Friday, September 14, when the first shots rang out. Maintenance officer Maj. Greer Chambless was with fellow U.S. Marine Lt. Col. Christopher Raible, the squadron commander, moving some gear.

"We looked up the flight line and quickly realized that the airfield was under attack. There was maybe one second where we were thinking what to do and then Col. Raible sprang into action," Chambless told CNN.

Before the night was over, a brutal firefight raged across the airfield. As helicopters backed them up with fire from the air, U.S. and British troops fought together on the ground for hours against Taliban insurgents attacking the base in Afghanistan.

It would be become a night of tragedy and heroism for many.
END_OF_DOCUMENT_TOKEN_TO_BE_REPLACED 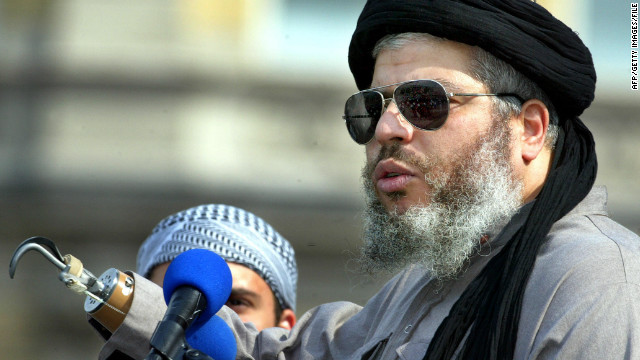 Scenes from the military mine sweeping exercise

Military from more than three dozen countries converged on the Arabian Gulf for the 2012 International Mine Countermeasure Exercise.  The U.S. military says these exercises are strictly "defensive," but the show of force in light of Iran's threats is hard to ignore.  CNN's Chris Lawrence has been reporting on the exercise and sent back these photos of the action.

A general's warning about militants in Libya

Just three months ago, the four-star chief of the U.S. Africa Command warned of a growing threat from al Qaeda and other militant groups in Libya.
"There is a real concern in Libya. As Libya is coming out of the revolution and forming its new government, there very clearly are those who wish to undermine the formation of that government," said Gen. Carter Ham in a speech to senior military and civilian officials from Africa, Europe and the U.S.

"We see some worrying indicators that al Qaeda and others are seeking to establish a presence in Libya," Ham warned. Ham often worked closely with the late Chris Stevens, the U.S. ambassador to Libya, killed in the attack on the U.S. consulate in Benghazi.

Ham has been trying to establish the initial stages of a military relationship with Libya, but the effort has been slowed by the presence and influence of armed militias, such as those suspected of being involved in the attack.  Ham noted back in June the problem of bringing even more mainstream groups under the control of the central government. END_OF_DOCUMENT_TOKEN_TO_BE_REPLACED