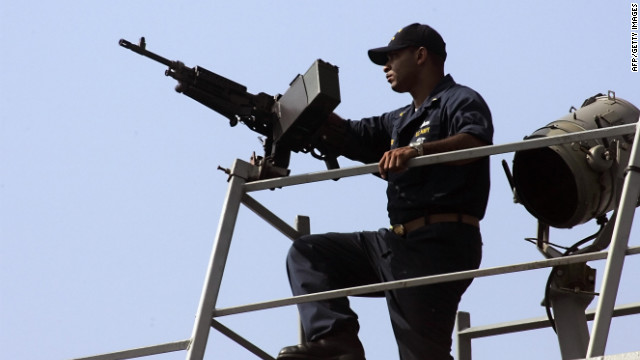 US moving Navy destroyers off coast of Libya

Two US Navy warships are moving towards the coast of Libya, two US officials tell CNN. The destroyers are the USS Laboon and the USS McFaul. Both ships are equipped with tomahawk missiles that could be used if a strike was ordered. Tomahawks are satellite-guided cruise missiles that can be programmed to hit specific targets.

The USS Laboon was making a port call in Crete, a few hours from Libya, when it was ordered to reposition. The USS McFaul was outside the Strait of Gibraltar, a few days sail from Libya, and is headed to the Libyan coast.

The US Navy typically keeps up to four Aegis-equipped missile warships ships in the eastern Mediterranean to aid in defending Israel and missile defense for southern Europe. The McFaul and Laboon were part of that deployment.