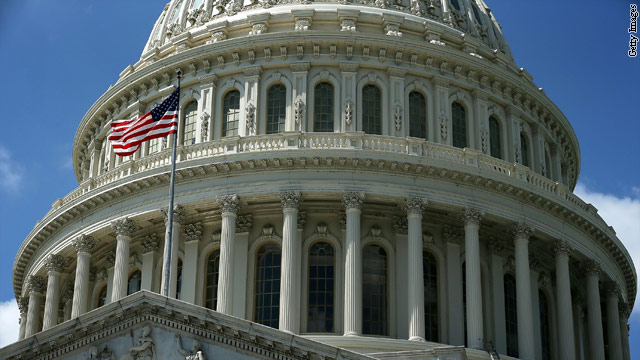 The problem is that sometimes, in the course of collecting that electronic information, data also is collected on "U.S. persons" - meaning citizens or foreign residents of the United States.

Sens. Ron Wyden, D-Oregon, and Mark Udall, D-Colorado, were the two lone holdouts when the reauthorization act was passed by the Senate Select Committee on Intelligence in May on a 13-2 vote. The two senators are now employing congressional procedural tools in an effort to force changes in the law by the full Senate.

Both men are expressing their concerns over just how much information is 'inadvertently' gathered on U.S. persons without a warrant.

"My concern has long been that the challenge is to ensure that we are protecting the well-being of our people - and there are certainly threats overseas - while at the same time standing up for those extraordinarily important values of liberty, and that we strike the balance," Wyden said. "And my concern is that there is a substantial amount of evidence that that balance is not being struck."

The senator put a hold on the bill in June, demanding an estimate from the intelligence community as to the number of people in the United States who have had their communications reviewed by the government. Wyden told CNN Security Clearance he hasn't gotten a response that satisfies him.

The Office of the Director of National Intelligence has told members of Congress that the number of Americans who have had communications information collected simply cannot be provided with any reasonable degree of accuracy.

Wyden is concerned, however, that, as a member of Congress and being privy to those classified briefings, his questions aren't being answered. How then, can the average American trust that the government isn't abusing its power?

"If a member of the intelligence committee doesn't know how many Americans have had their communications collected under the FISA authorities, then the possibility is that it could be quite large - nobody knows," he said.

The administration issued a statement Monday urging Congress to pass the measure before those authorities expire at the end of this year.

The general counsel for the Office of the Director of National Intelligence reiterated that message on Tuesday in a conference call with reporters. Robert Litt said that losing the authority would be devastating to the U.S. Intelligence community's efforts to track the terrorist threat.

"I will lose an incredibly valuable source of foreign intelligence information that I think it's fair to say has been critical to protecting our country over the last few years," Litt said. "I know of specific incidences both involving terrorist acts and involving other kinds of threats where we have been able to thwart them or gain significant insight into them as a result of this collection activity."

Litt was asked repeatedly by the reporters on the call to give a sense of the numbers of Americans unwittingly ensnared by the FISA program, but he said he had to be careful about how much he could say because the program is classified. Divulging too much information could lead to the revelation of sources and methods, which could potentially give the adversary an upper hand in avoiding future detection efforts, he said.

In late August, Director of National Intelligence James Clapper sent a letter to 13 senators, including Sens. Wyden and Udall, addressing their concerns.

"In enacting these standards for collection," wrote Clapper, "Congress understood that some communications of U.S. persons would be incidentally acquired, and the statute therefore specifies minimization procedures that restrict that acquisition, retention, and dissemination of any information about U.S. persons."

Clapper pointed to the authority of the secret FISA court to ensure that the procedures are being properly implemented.

Wyden said he would support a short-term extension of the act that would allow time for his privacy issues to be more extensively addressed.

The FISA bill unanimously passed the House Intelligence Committee in June and is expected to be voted on by the full House on Wednesday.