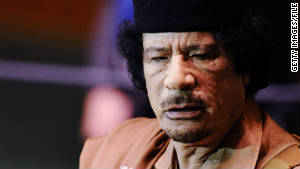 An alleged new case of waterboarding emerged in a massive report Thursday detailing brutal CIA interrogations of Libyan detainees last decade before they were handed over to Moammar Gadhafi's regime.

Mohammed al-Shoroeiya "provided detailed and credible testimony that he was waterboarded on repeated occasions during U.S. interrogations in Afghanistan," Human Rights Watch said in a 200-plus page report.

The allegations directly challenge long-standing claims by President George W. Bush and his administration that only three terror suspects, none of whom were Libyan, were waterboarded during interrogations.

Human rights groups consider waterboarding - in which a prisoner is restrained and water poured over his mouth and nose to produce the sensation of drowning - a form of torture.

"While never using the phrase 'waterboarding,' he said that after his captors put a hood over his head and strapped him onto a wooden board, 'then they start with the water pouring. ... They start to pour water to the point where you feel like you are suffocating.' He added that 'they wouldn't stop until they got some kind of answer from me,'" the report said.