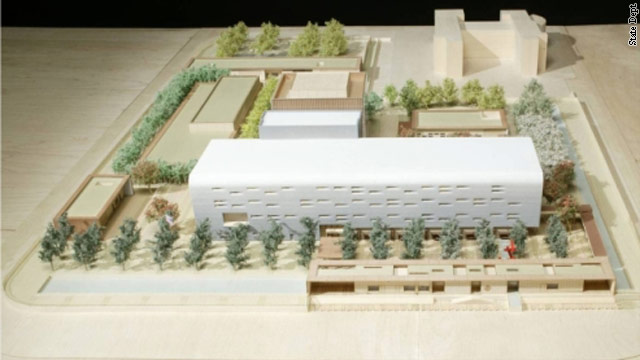 Underwood, 32, appeared in federal court in Washington and pleaded guilty to one count of attempting to communicate national defense information to a foreign government. Under the terms of a plea agreement, the government agreed to drop charges that Underwood made false statements and that he failed to appear at a court hearing last year.

In the court proffer signed by Underwood, he admitted writing a letter last year addressed to the Chinese Ministry of State Security. "I know I have information and skills that would be beneficial to your offices (sic) goals," Underwood wrote. "And I know your office can assist me in my financial endeavors."

Underwood tried to deliver the letter to China's Ministry of State Security (MSS) but a guard turned him away and would not accept the letter. According to court documents, Underwood then "left the letter in the open in his apartment hoping that the MSS would find it. He believed the MSS routinely conducted searches of apartments occupied by Americans."

Prosecutors said that Underwood's job was to protect the U.S. Consulate in Guangzhou - not to make it vulnerable to Chinese counterintelligence. According to a news release quoting prosecutors, "The U.S. government has found no evidence that Underwood succeeded in passing classified information concerning the U.S. Consulate in Guangzhou to anyone at the Chinese MSS." Officials said there is no evidence suggesting the Chinese ever tried to recruit him for espionage.

In May of 2011 Underwood took 30 photographs in restricted areas. Prosecutors said 15 of those "depict areas and/or information that are classified at the SECRET level." He drew a diagram showing the locations of security cameras at the compound and created a schematic listing all security upgrades to the building site.

The proffer also said Underwood "mentally" came up with a plan in which Chinese agents could get into the compound undetected for approximately six hours to "install listening devices or other technical penetrations."

In addition to working as a guard at the consulate in February 2011 Underwood was asked by a U.S. law enforcement agent to help on a counter-surveillance project. Underwood was to tell the American agent about "any suspected attempts by the Chinese Government to recruit him for intelligence purposes." Underwood later came up with the idea to use his role helping law enforcement as a "cover" for contacting the Chinese.

According to court documents, Underwood's stock brokerage account dropped from almost $69,000 in February 2011 to a negative sum of more than $89,000 in April 2011. His account was frozen and he "became panicked about his financial situation," according to the court papers.

Underwood was interviewed by law enforcement several times and finally admitted he was trying to sell information to the Chinese for financial gain. He was arrested September 1, 2011. Underwood failed to show up for a court appearance in Washington later in the month. The FBI caught up with him a few days later at a Los Angeles hotel, arrested him again and he's been in jail ever since.

"Bryan Underwood was determined to make millions by selling secret photos of restricted areas inside a U.S. Consulate in China," said U.S. Attorney Ronald Machen. "His greed drove him to exploit his access to America's secrets to line his own pockets."

Underwood appeared in federal court wearing an orange jail jumpsuit. He answered questions asked by U.S. District Judge Ellen Huvelle in a calm, clear voice. When asked about any history of psychological problems, Underwood said he takes medication for anxiety and depression.

Underwood is scheduled to be sentenced on November 19. The plea agreement recommends a sentence of at least 15 and a half years up to almost 20 years. Huvelle is not bound by the recommendation and could sentence Underwood to up to life in prison.