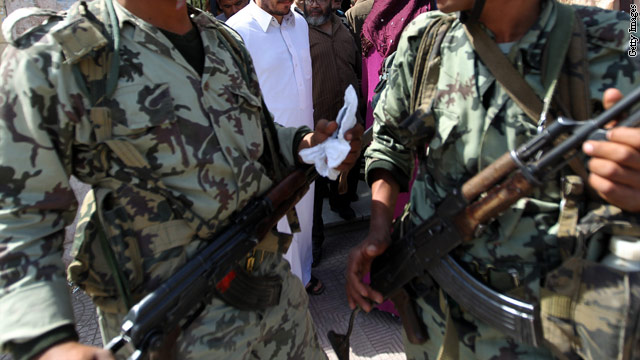 While the comments seem bold, Middle East analysts told CNN's Security Clearance that these views are rather common in the region.

The belief in the centrality of an Arab-Israeli settlement to regional stability are not unique. It's standard operating procedure," said Jon Alterman of the Center for Strategic and International Studies.

Atlantic Council analyst Michele Dunne said there were no surprises.

"The views that he expressed could not be more mainstream," said Dunne, who previously worked as a diplomat in Cairo and was a member of the National Security Council staff.

Dunne said the only thing unusual is that the paper is available. It is rare for Egyptian military officers to express their opinions in public, she said.

Fawaz Gerges, director of the Middle East Centre at the London School of Economics, said the fact that Sobhy's views are so thoughtfully and publicly laid out is a telling sign of the new commander's personality.

"He is outspoken. He is not afraid to express his political views. He feels confident. In a way it represents a generational shift," Gerges said.

Gerges says the new military leaders will exert confidence from knowing they are appointed by legitimate leadership.

Analysts say the appointments signal a shift in the balance of power between the country's civilian and military leaders.

A blogger known as @Arabist originally uncovered the report, drawing attention to it in a Twitter posting. McClatchy News Service first reported on the story.