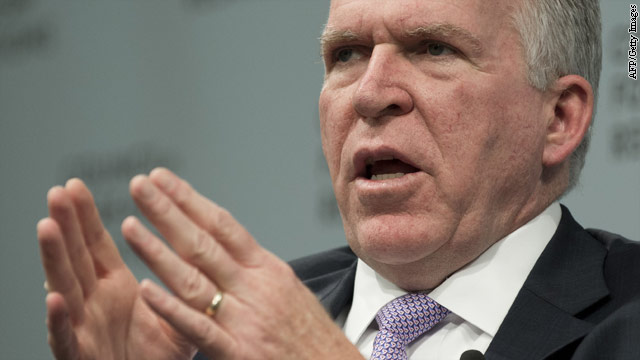 END_OF_DOCUMENT_TOKEN_TO_BE_REPLACED

Wis. shooter's racism was evident while in military

When Wisconsin temple gunman Wade Michael Page arrived at Fort Bragg in 1995, the sprawling Army base in North Carolina already was home to a small number of white supremacists including three soldiers later convicted in the murder of an African-American couple.

The killings launched a military investigation that tightened regulations against extremist activity, but some say such influences persist in today's armed forces.

"Outside every major military installation, you will have at least two or three active neo-Nazi organizations actively trying to recruit on-duty personnel," said T.J. Leyden, a former white power skinhead in the U.S. Marines who now conducts anti-extremism training.

Page died in a shootout with police responding to his attack Sunday on a Sikh temple in the Milwaukee suburb of Oak Hill that killed six people and wounded four, including a police officer.

He had ties to white supremacist groups and the FBI acknowledges it knew of him, though no formal investigation ever took place.

U.S. sweetens offer to Taliban to swap Bergdahl for prisoners

In an effort to revive peace talks with the Taliban, the Obama administration has sweetened a proposed prisoner swap under which it would transfer five Taliban prisoners to Qatar in exchange for a U.S. soldier held by the Taliban, senior U.S. officials said.

The new offer was first reported by Reuters.

The officials stress that the exchange, should it take place, would be implemented in accordance with U.S. law, which requires consultations with Congress before any detainees are transferred from Guantanamo. END_OF_DOCUMENT_TOKEN_TO_BE_REPLACED

A senior al Qaeda leader who trained militants in Afghanistan and who has close ties to other top members of the group has been designated by the State Department as a "Specially Designated Global Terrorist."

Though the United States is just now turning its attention to al-Harbi, he has long been a wanted man in his home country of Saudi Arabia.

In early 2009, al-Harbi was among the 83 Saudis and two Yemenis named on Saudi Arabia's list of most wanted terrorists for engaging in extremist activities abroad. END_OF_DOCUMENT_TOKEN_TO_BE_REPLACED

A one-time American-based Islamic group cannot sue the government over claims it was targeted by the government's once-secret Terrorist Surveillance Program, a federal court has ruled.

The San Francisco-based 9th Circuit U.S. Court of Appeals on Tuesday unanimously tossed out a lawsuit by the now-closed Al-Haramain Islamic Foundation. The federal government had listed the Ashland, Oregon, chapter as a supporter of terrorism in 2004.

The group sued, saying its private overseas communications were unconstitutionally being monitored under the Bush administration's warrantless wiretap program. That spy program was unveiled in a 2005 New York Times article that said government officials were working with private telecom companies to secretly monitor telephone and e-mail traffic of targeted individuals and groups, both domestic and international.

Federal officials later publicly acknowledged the existence of the program, which was then officially authorized by Congress in 2008.

"This case effectively brings to an end the plaintiffs' ongoing attempts to hold the Executive Branch responsible for intercepting telephone conversations without judicial authorization," said the appeals court.

By Barbara Starr, reporting from the Al-Zaatri refugee camp in Jordan

Thirteen-year-old Amani has only been living in Al-Zaatri refugee camp in Jordan for a few days, after fleeing with her family from her home in Daraa, Syria. She left with eight other family members, many of whom are young children.

Amani is just one of the thousands of refugees fleeing the bloodbath back home, but not everyone in her family made it across the Jordanian border safely. Her mother was a martyr caught in a bomb explosion. She was hit by shrapnel and died.

"She was everything (to me) - she brought us up, and died. She would take us wherever we wanted to go, I was the one most attached to her," Amani said.