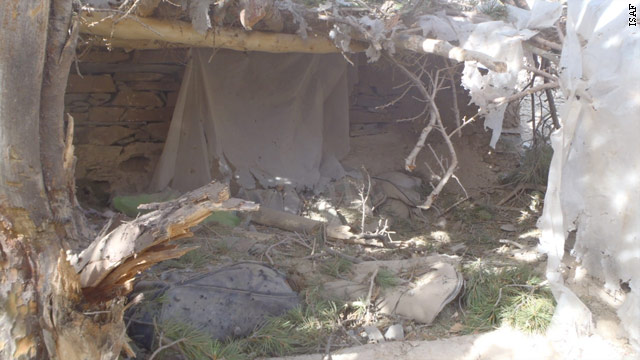 From its base in the tribal areas of northwest Pakistan, the Afghan-led group has formed alliances with al Qaeda, the Pakistani and Afghan Taliban, and the Pakistani intelligence services to further its aims, the report says. Community members in Pakistan interviewed for the report described the group as "virtually untouchable."

Founded by Jalaluddin Haqqani in the wake of the 1979 Soviet invasion of Afghanistan, the group initially worked with the United States and its allies to expel the Soviets. Since suffering a stroke in 2005, Jalaluddin has essentially retired and his son, Sirajuddin, has taken command.

The group has been blamed for multiple attacks on critical infrastructure in Kabul, including a 20-hour assault last September on the U.S. Embassy compound.

While leading members of the group have been designated as terrorists and subjected to sanctions by the U.S. government, the Obama administration has not added the group as a whole to the list of terrorist groups. Congress recently passed legislation calling on the administration to do so.

In addition to a monthly stipend for operational costs from the Afghan Taliban, the Haqqani network receives a significant portion of its funding from deep-pocketed donors from locations in the United Arab Emirates, Qatar, Kuwait and Saudi Arabia, the report says. The group's members are "veterans in the fund-raising business," it says.

From its role in extortion, robbery, narcotics trafficking and kidnap for ransom, the group is "driven more by financial interests than by principles of jihad," the report says. The group's extortion rackets include taking fees for "security" from non-governmental organizations, construction firms and others working on development projects, some of which are funded by NATO-led coalition efforts.

The Haqqanis also collect taxes from other organizations and entities that smuggle narcotics through territory it controls.

But the Haqqanis' financial holdings are not gained through illicit means alone. The report highlights a portfolio of licit interests, including hospitals, religious schools and real estate, trucking and construction companies, along with import-export operations.

And the group's involvement in the trade of chromite is able to flourish, the report says, due to a lack of regulation and the pervasive corruption in the Afghan and Pakistani governments.

Chromite, a rare-earth oxide used in the production of stainless steel, has a large market in China, India and other developing economies with booming construction sectors. A recent joint U.S.-Afghan geological survey estimated Afghanistan to have nearly $1 trillion worth of untapped wealth in the mineral.

In addition to private donors, the network continues to receive financial and logistical support from the Pakistani military, and continues to harbor close operational ties with the Directorate for Inter-Services Intelligence, or ISI, Pakistan's main intelligence agency, the report says. Cracks in that support are evident, however, by the routine arrest of Haqqani operatives and the limiting of the group's capacity to operate, it says.

The former chairman of the U.S. Joint Chiefs of Staff, Adm. Mike Mullen, told a Senate committee last September that the Haqqani network had become a "veritable arm" of the ISI.

Many suspect Pakistani support for the group exists as a hedge against the uncertainty that could follow in Afghanistan once the U.S. and NATO military missions end in 2014.

Richard Olson, President Obama's nominee to be the next ambassador to Pakistan, told members of the Senate Foreign Relations Committee in his confirmation hearing earlier this week that cracking down on the group would be his "most urgent" priority.