Hoping for a 'soft landing' in Syria

It's a pity that Secretary of State Hillary Clinton spent months of diplomatic effort, traveling from capital to capital pushing the "Annan plan" as a viable political transition strategy, all the while the administration knew it had little chance of succeeding.

So with Annan's resignation and three failed attempts at a Security Council resolution on Syria, is diplomacy dead?

At the State Department, the answer is "no."

END_OF_DOCUMENT_TOKEN_TO_BE_REPLACED

A congressional oversight committee is looking into accusations that the Army manipulated information to favor an inferior roadside bomb detection system over one considered superior by U.S. troops in Afghanistan.

In a letter sent Wednesday to U.S. Defense Secretary Leon Panetta, the chairman of the House Oversight and Government Reform Committee, Rep. Darrell Issa, R-California, asked for documents showing that an Army report that favored a system that increases detection of roadside bombs in Afghanistan was altered to seem less effective,

The inquiry surrounds a new privately developed software system called Palantir, which according to U.S troops and commanders who have used it, is more effective in helping troops in Afghanistan track and predict the location of deadly roadside bombs than the existing Army system known as the Distributed Common Ground System (DCGS).

"The Army has spent over $2.3 billion in procurement and research and development to fund the DCGS. Reports indicate, however, that DCGS is 'unable to perform simple analytical tasks,'" Issa said in the letter to Panetta.

END_OF_DOCUMENT_TOKEN_TO_BE_REPLACED

The Pakistani government has been reassessing its relationship with Washington after a number of high-profile incidents last year, particularly the U.S. raid on Osama bin Laden's compound in Abbottabad, of which the Pakistanis had no prior knowledge, and the accidental killing of Paksitani soldiers operating along the Afghanistan border by U.S. airstrikes in November.
END_OF_DOCUMENT_TOKEN_TO_BE_REPLACED 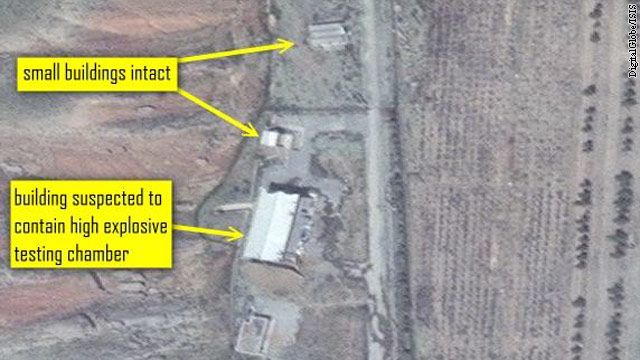 Imagery from April 9, 2012 showing the Parchin site before the start of major alterations to the site’s layout. The objects lined up outside the high explosive test building and water flow suggested the start of suspected cleanup activities, according to ISIS
August 2nd, 2012
05:59 PM ET

New commercial satellite photos continue to show that Iran is trying to cover up work started at a facility it has been using for high explosives tests related to what the United States believes is that country's nuclear weapons program, according to a former international weapons inspector who has been closely flowing Iran's nuclear ambitions. Satellite imagery showing the result of extensive alterations to the suspected Parchin high explosive test site, according to ISIS.

"The degree of the site's modification and the fact that this apparent cleanup work started soon after the IAEA's (International Atomic Energy Agency) request for access cast further doubt on Iran's claims that its nuclear program does not or has never had any military aspects," says a report issued by the Institute for Science and International Security and written by the inspector, David Albright, and co-author Robert Avagyan.

In May, satellite photos showed items being moved at that the site, which the institute said had remained unchanged since 2004. The latest photos show a pair of buildings have been knocked down and much of the sight has been cleaned up. The institute said Iran claims the activity is routine construction work.

The site at the Parchin military complex southwest of Terhan is the focus of a dispute between the Iranian government and the IAEA. According to a report by the institute, the IAEA announced last February, it wanted to inspect that site to make sure there had been no testing of high-explosives for nuclear-related purposes.

Iran would not agree to the inspection unless there was an agreement on its entire nuclear program. 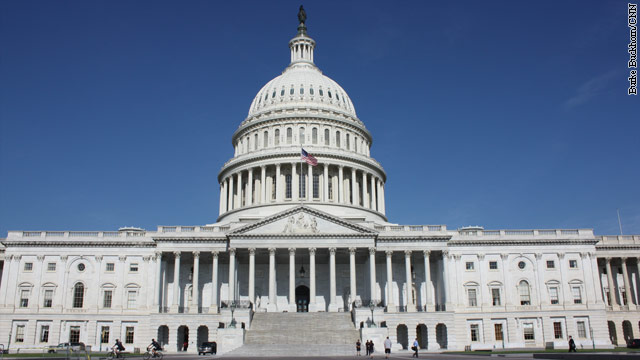 The most comprehensive cybersecurity legislation proposed by Congress, which sponsors say would have helped protect the government and industry from potentially devastating cyberattacks, was voted down in the Senate Thursday.

The Cybersecurity Act of 2012 would have given the government the three legislative elements it needs to fend off cyberattacks, according to John Brennan, assistant to the president for homeland security and counterterrorism. Those are new threat-information-sharing between the government and private industry, better protection of critical infrastructure such as the power grid and water filtration facilities, and authority for the Department of Homeland Security to unite federal resources to lead the government's cybersecurity team.

"This is a moment of disappointment that I really cannot conceal," Lieberman said after the vote. "But the threat of cyberattack is so real, so urgent and so clearly growing that I am not going to be petulant about this."
END_OF_DOCUMENT_TOKEN_TO_BE_REPLACED

With a new package of sanctions passed by Congress along with an executive order signed by President Barack Obama earlier this week, the United States is further tightening the screws on Iran amid persistent tension and concern over its nuclear program.

Congress passed legislation Wednesday evening that along with the White House's action "closes loopholes and stops the use of front companies or financial institutions to get around international sanctions," Sen. Harry Reid, D-Nevada, said in a statement released after its passage.

The new legislation aims to sanction banks, insurance companies and shippers that help Iran sell its oil by circumventing current sanctions, such as through the reflagging of Iranian ships. It puts virtually all of Iran's energy, financial and transportation sectors under U.S. sanctions.

In addition, the legislation seeks to prevent the return to Iran of any revenue from the purchase of Iranian oil that is legally allowed under existing sanctions.
END_OF_DOCUMENT_TOKEN_TO_BE_REPLACED

Kofi Annan, whose initiative to forge peace in war-ravaged Syria failed to take hold, has resigned as the U.N. and Arab League joint special envoy to the country.

U.N. Secretary-General Ban Ki-moon announced the move Thursday, saying that Annan told him and Arab League Secretary-General Nabil El Araby that he didn't want to renew his mandate when it expires on August 31.

Ban praised Annan's "determined and courageous efforts" to end the nearly 17-month-long Syrian crisis, a conflict that started when the regime brutally cracked down on peaceful protesters in March 2011 and morphed into a nationwide uprising.

But Ban cited two factors undermining Annan: The government and the opposition have been determined "to rely on ever-increasing violence," and there have been "persistent divisions within the (U.N.) Security Council." 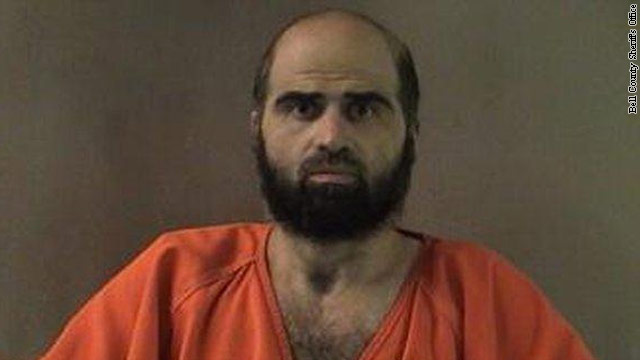 FBI official: Hasan should have been interviewed on e-mails with radical cleric

An FBI counterterrorism official said Wednesday that the FBI should have interviewed accused Fort Hood shooter Maj. Nidal Hasan when it learned Hasan was communicating via e-mail with Islamic cleric Anwar al-Awlaki in Yemen.

"I believe an interview would have been prudent in this case," said Mark Giuliano, executive assistant director for the FBI's national security branch. But he added he didn't think "political correctness" was the reason Hasan was not interviewed and he said an interview may not have headed off the tragedy in which Hasan allegedly killed 13 and wounded 32 others in November 2009.

Giuliano is the first FBI official to testify before Congress since an independent commission's report was made public on July 19 that examined how the FBI handled information that came up while the agency was investigating al-Awlaki, a U.S.-born cleric who U.S. officials say became a key figure in al Qaeda in the Arabian Peninsula. END_OF_DOCUMENT_TOKEN_TO_BE_REPLACED

Three suspected terrorists have been arrested in southern Spain in "one of the biggest operations against al Qaeda in Spain," Spanish Interior Minister Jorge Fernandez Diaz said Thursday.

Two of the group members were arrested Wednesday and the third Thursday, he said.

The Interior Ministry said the men were "ready to act in Spain and Europe." One of the men is Turkish, and the other two are believed to be of Russian-Chechen origin. They were detained in Cadiz and Almuradiel - 260 miles away - and had gathered enough explosives to "blow up a bus," according to police sources. Two of them were on a bus traveling to France when they were apprehended, and Diaz said they "resisted fiercely." The third was held in Cadiz.