The secret order, referred to as an intelligence "finding," allows for clandestine support by the CIA and other agencies.

It was unclear when the president signed the authorization for Syria, but the sources said it was within the past several months.

The Obama administration has said it will step up its assistance to the opposition in the wake of last month's failure by the U.N. Security Council to agree on tougher sanctions against al-Assad's regime.

END_OF_DOCUMENT_TOKEN_TO_BE_REPLACED

The White House rolled out its cybersecurity A-team Wednesday for an on-the-record telephone conference, with reporters hearing an appeal for the Senate to pass the Cybersecurity Act of 2012 now being debated on the Senate floor.

John Brennan, assistant to the president for homeland security and counterterrorism, was joined by Keith Alexander, chief of U.S. Cyber Command and head of the National Security Agency, as well as Jane Holl Lute, deputy secretary at the Department of Homeland Security, and Eric Rosenbach, deputy assistant secretary of defense for cyberpolicy.

"The risks to our nation are real and immediate," Brennan said, adding that the White House doesn't see the legislation as a partisan issue, but rather a matter of national security.

END_OF_DOCUMENT_TOKEN_TO_BE_REPLACED

Do the 'bots have what it takes?

By Chris Lawrence and Jennifer Rizzo

Most people's morning routines include checking the weather for their work commute. But for U.S. Navy scientist Gregory Scott, it's all about the weather inside his office.

Scott works at the Navy's Laboratory for Autonomous Systems Research, or LASR, a new facility that can create the most extreme weather environments to test the Navy's newest robots.

Today, he is working out of a simulated desert in the middle of Washington, D.C., testing a robotic arm that digs for explosive devices in the sand. Tomorrow, he could be testing a robot in the facility's steamy rain forest.

"You have to make sure you bring the right clothes for the right day," Scott said. "But otherwise, it's a pretty rewarding experience ... especially knowing we're able to create a better product for our men and women out in the field to keep them safe and support their work."

And that's precisely the point. A robot may work just fine in an air-conditioned office. But can it handle the sand, water and fire of real-life wars and rescue operations? The multimillion-dollar facility is designed to build better robots, pumping up the severity of simulated nature to see if they can handle extreme environments.
END_OF_DOCUMENT_TOKEN_TO_BE_REPLACED

"To make this vivid, the right course is not to spend time moving around rocks at the bottom of the cliff to make for a less painful landing," said Jeffrey Zients, the acting director of The Office of Management and Budget, the entity which would provide guidance on implementation. "The right course is to avoid driving off the cliff altogether."
END_OF_DOCUMENT_TOKEN_TO_BE_REPLACED

"We have been steadily applying more and more pressure against Tehran, focusing on diplomatic and economic sanctions, and I believe these steps are having an effect," Panetta said after reviewing an Israeli missile-defense battery with Defense Minister Ehud Barak. But international leaders must keep "maximum pressure" on Iran, he added.

END_OF_DOCUMENT_TOKEN_TO_BE_REPLACED

NCTC Director Matt Olsen talked with CNN Intelligence Correspondent Suzanne Kelly on the sidelines of the Aspen Institute Security Forum in the Director's first on camera TV interview since taking the job last fall.
"The job is a fantastic job," said Olsen. "NCTC is a really strong organization and if I had to identify something that is the most gratifying it's basically every day I meet with some incredibly talented analysts and other intelligence professionals who are so motivated by the fact that we have one mission and that's protecting the country from a terrorism attack."
Listen to more of Matt Olsen's interview about the current threats ranging from the fear of a lone shooter to AQIM in Mali. 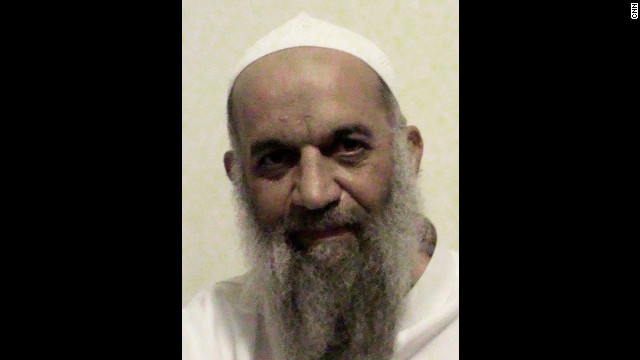 In a modest house on a quiet street in Cairo, Mohamed al-Zawahiri is getting used to being a free man once again. He was released from prison in March, after serving more than a decade for conspiring to overthrow the Egyptian government. If the name is familiar, it should be. Mohamed is the younger brother of al Qaeda leader Ayman al-Zawahiri, and shares many of his views.

He is suspicious of the international media, and it took calls over several weeks before he would agree to meet with CNN at the family's home in the middle-class neighborhood of Maadi. It was his first interview with a western network.

Mohamed al-Zawahiri takes the long view when talking about the rise and endurance of al Qaeda.

"Before you call me and my brother terrorists, let's define its meaning. If it means those who are bloodthirsty merciless killers then this is not what we are about," he says. "We only try to regain some of our rights that have been hijacked by Western powers throughout history," al-Zawahiri told CNN.

Despite the deaths of many senior al Qaeda figures, Mohamed al-Zawahiri does not believe the organization led by his brother is a spent force.

"If you read American literature, now they have understood that the strength of Al Qaeda is not in its leaders but in its ideology. Any person obtains power when his work matches his principles. Those who reached martyrdom have won life on earth and Allah's heaven. Those who were killed by the US have shown us the light and proven that they have committed to their cause and spread the ideology," Al-Zawahiri said.

Listening in were his younger brother Hussain and oldest son Abdel Rahman. Mohamed credits the revolution that toppled long-time President Hosni Mubarak last year for his release from prison. He describes what had happened in Egypt as "merciful times."

A 1974 graduate of the engineering college at Cairo University, Mohamed al-Zawahiri left Egypt to work in Saudi Arabia. In 1981, along with both Ayman and Hussain, he was one of dozens charged in the conspiracy to assassinate President Anwar Sadat. Mohamed was acquitted in absentia and Hussain spent 13 months in prison before charges were dropped.

Ayman, the oldest brother, spent three years in prison. After he was released, he left Egypt to live in Saudi Arabia. He first met bin Laden on a visit to Peshawar, Pakistan in 1986. According to Human Rights Watch, the brothers spent some time together in Sudan in the early 1990s. Mohamed says he last saw his older brother in 1996 in Azerbaijan.

He also spent some time working for the International Islamic Relief Organization (IIRO) as an architect, helping to build schools and hospitals. The IIRO had connections to the Saudi government but would later be accused of links to militant Islamist groups, including al Qaeda, and was designated as a terrorist organization by the United States.

Mohamed al-Zawahiri also spent time in Yemen and the United Arab Emirates, where he was arrested in 1999 and subsequently sent back to Egypt.

"The UAE subjected me to horrible psychological and physical torture for four months," he alleges.

He claims that he was given drugs that weakened his nervous system. The UAE has denied claims he was tortured. Mohamed believes his brother's growing role in Islamist extremism was responsible for his arrest and secret deportation to Egypt – and says he was interrogated relentlessly about his brother's whereabouts.

"I was targeted simply because I am the brother of Ayman al-Zawahiri," he told CNN. "The US does not want his ideology to spread globally. Zawahiri says during his time in an Egyptian prison he was tortured by electrocution, sleep deprivation and beatings. He was permitted to shower only once every four months and was kept in a tiny cell with no windows. All the while, his family had no clue whether he was alive or dead. He had simply disappeared.

In 2004 an Arabic newspaper based in London reported he was still alive and held at a high security prison in Cairo, and published a photograph of him. The Egyptian authorities confirmed he was being held. Despite or maybe because of his long incarceration, Mohamed al-Zawahiri is unrepentant about his beliefs.

"If the West wants to live in peace then they must give the Muslims their rights back. Occupation of our lands is one thing, but interference in our religious beliefs is the worst kind of breach of human rights. We only want to build our Islamic nations the way we like it and want no confrontation with the West as long as they stop occupying our land, killing innocent women and children and above all interfering in our religious beliefs," al-Zawahiri said.

"We call for fasting, prayers, spreading Allah's word and Jihad if we are attacked or restricted from practicing our religion. In this case, we invite the oppressor first into the Islamic community to learn our religion. If they refuse, and we are stopped from spreading our religion, then Allah has ordered us to confront them, and this is Jihad," Al-Zawahiri said.

When asked if he believes the United States is a legitimate target for attack, al-Zawahiri says: "He who kills our women and children should not be sad when I kill his. I tell them not to lead us into a cycle of violence. Your interest so that we all live in peace is to avoid following world leaders who use Islamists as an excuse to ignite this war for their own gains."

Now that Mubarak is gone, Mohamed Al-Zawahiri continues to dream of an Egypt governed by Shariah law. He has little time for democracy as it's recognized in the West.

And he believes the example of Turkey, where a party with Islamist foundations embraces a system of secular, constitutional government with regular elections.

"I don't believe in constitutions, or this secular system created by America to distort the true Islam like we see in the Turkey model. Democracy is not against dictatorship as some try to portray it. It is against Allah's supreme authority, against Islam," he insists. Read a full transcript of the interview

"The defense ties between Israel and the United States are stronger and tighter than they have ever been," Ehud Barak, the Israeli defense minister, said at the meeting with Panetta in Tel Aviv.

The visit is part of Panetta's weeklong trip to the Middle East and North Africa. He will meet with President Shimon Peres later Wednesday.