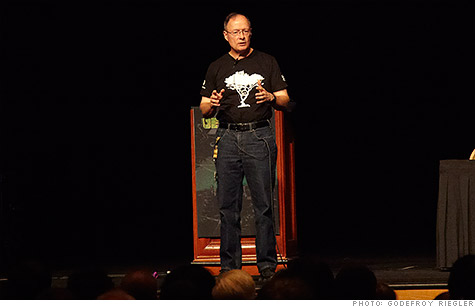 "In this room, this room right here, is the talent our nation needs to secure cyberspace," Alexander told the standing-room-only audience at DefCon, a grassroots gathering in Las Vegas expected to draw a record 16,000 attendees this year. "We need great talent. We don't pay as high as everybody else, but we're fun to be around."

Print CommentAlexander's appearance is a milestone for DefCon, a hacker mecca with an often-uneasy relationship with the feds. DefCon is the older, wilder and far less official sibling of BlackHat, a cybersecurity conference that wrapped up Thursday in Las Vegas.

BlackHat draws corporate infosecurity workers in suits. At DefCon, they switch to t-shirts and spend the weekend mingling with cryptographers, script kiddies, security researchers and a liberal smattering of military and law enforcement agents - both in and out of uniform.