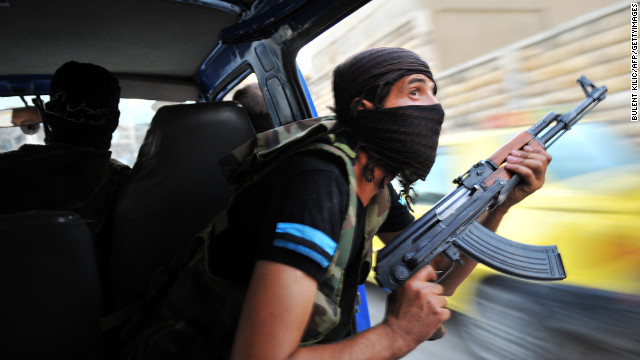 Top national security officials – from the Obama administration, from governments around the world, from think tanks – are arriving at Aspen for the Aspen Security Forum. It’s a gold mine of the latest inside thinking on national security threats and how to deal with them.

Standing at the CNN live shot location I flag down Jane Harman, formerly the top Democrat on the House Intelligence Committee, now Director, President and CEO of the Woodrow Wilson Center in Washington, DC.

On Syria she’s waving a “red flag” on any idea of arming the opposition so I ask her how the administration should proceed?

“Cautiously,” she says. “I take seriously the fact that there are a huge number of casualties in the country now, but we have just had it reconfirmed that al Qaeda is increasing numbers in the opposition and just saying ‘Let’s arm the opposition, lets start an air or land war in Syria, I don’t think that necessarily leads to a better result.”

“I think our policy of demanding that Bashar al Assad go is correct,” Harman adds, “but we need to keep this an international focus and to work with others in the world to help structure some opposition government that would come after him."

Harman still sees Russia as critical to a solution.

"I’m still hopeful that Russia will step up and do the right thing instead of the wrong thing and help us achieve what I call a Yemen-type solution where the leader, Bashar al Assad, and his family are given sanctuary some place and a structured government comes after them," she tells me.