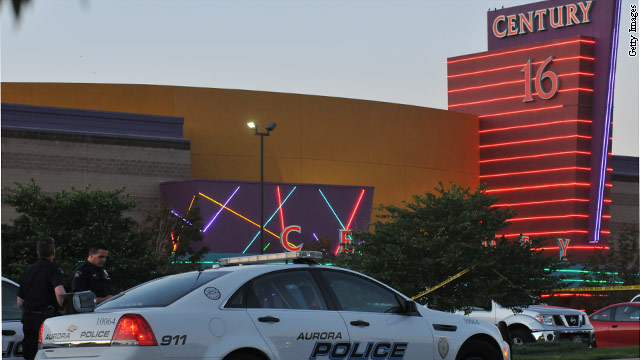 How feds determined no nexus to terrorism in Colorado

As soon as counterterrorism and law enforcement officials got word of the shootings in Aurora, Colorado, an interagency process to search for a possible terrorism link was set in motion.

Little was known about James Holmes, the suspected shooter. But within hours of the incident, U.S. officials told CNN there appeared to be no nexus to terrorism.

The determination certainly does not stop the public debate over whether the mass shooting should be considered terroacts.  But so far, there is no indication Holmes was on any of the various intelligence or law enforcement agencies' radar screens. But investigators will certainly look at all of his communications and all of his personal electronic devices to see if he was in any way inspired by extremists.

In the post-September 11, whenever an incident like an indiscriminate mass shooting takes place, the National Counterterrorism Center (NCTC), the FBI and other government agencies immediately kick into high gear, scrubbing all of their databases to see if there is a terrorism connection.

The suspect's name is run through what is called the Terrorist Screening Database (TSDB) to see if the person is among the more than 500,000 names of known or suspected terrorists.

The list is a sort of one-stop shopping for government screeners, who have access to the same list of suspected domestic and international terrorists. The database is compiled by the FBI with the help of NCTC.

Federal departments and agencies such as the CIA and the State Department, submit the names of suspected international terrorists for inclusion in the NCTC's Terrorist Identities Datamart Environment (TIDE) list.

NCTC analysts review the TIDE data to see if there is sufficient biographical data and supporting information to warrant putting the individual on a watch list before forwarding the names to the Terrorism Screening Center (TSC) overseen by the FBI. The FBI also forwards information relating to domestic terrorists to the TSC. All of the names are further reviewed by center and then put into the TSDB database. The list is not made public.

The State Department also uses the database to vet applicants for passports and visas. The Department of Homeland Security's Traveler Enforcement Compliance System is used for border and port entry screening. Additionally, the FBI's National Crime and Information Center's Known or Suspected Terrorist file is based on the database.

But TSDB is only as good as the information it contains.

Although the U.S. had received troubling reports about Umar Farouk AbdulMutallab, the so-called "underwear bomber" who pleaded guilty to trying to blow up a U.S. airliner as it approached Detroit on Christmas Day 2009, his name never made it to the terrorism database. NCTC was criticized for not doing its primary job of connecting the dots which might have stopped AbdulMutallab.

Information sharing was also a problem in the case of Nidal Hasan, the Army major who allegedly killed 13 people at Fort Hood, Texas in 2009. Although the FBI had disturbing information about Hasan's e-mail exchanges with the late radical Muslim cleric Anwar al-Awlaki, it was not disseminated to the Defense Department. Likewise, there was nothing in Hasan's employee file that indicated the concerns some of his military colleagues had about his inflammatory Islamic rhetoric.

A report on the Fort Hood shooting made public Thursday describes FBI policies and procedures that failed to prevent the shooting spree. The FBI acknowledged in a statement the "shortcomings in FBI policy guidance, technology, information review protocols and training," and indicated it had already implemented changes. NCTC - the agency responsible for filling in the gaps - had no access to the Hasan reports and therefore no chance to identify him as a potential lone wolf, someone who is self-radicalized to the point of committing a terrorist act.

There are also more than 100 Joint Terrorism Task Forces situated around the country, comprised of FBI and local law enforcement teams. The task forces investigate terrorism cases and are in part supported by 72 state- and locally-run fusion centers that collect and analyze terrorism information, looking for actionable intelligence.