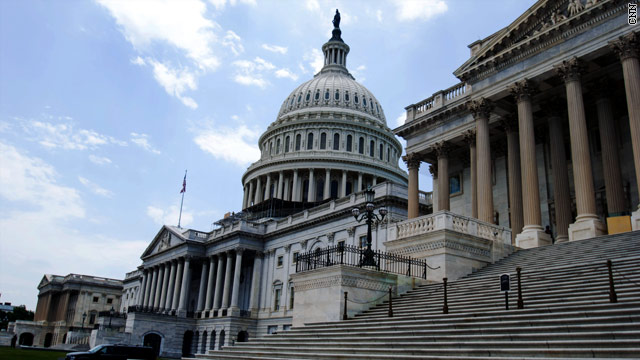 Panetta and Dempsey told the panel the leaks did not come out of the Pentagon and McKeon, at a news conference after the hearing, said he felt "pretty secure" that they did not come from the Department of Defense.

McKeon called the Pentagon leaders to the Hill to see if the department is looking into the leaks. The hearing was the latest move around Washington to rein in what congressional and other U.S. government officials believe is a flow of unauthorized classified information from government agencies that has gotten out of control.

The Defense Department outlined new initiatives to prevent classified leaks Thursday, according to a press release. Under the guidance, the under secretary of defense for intelligence will monitor "major" and "national media reporting for unauthorized disclosure of classified information.

Over the past months, safeguards have been put in place, including employee training on how to handle classified information and clarified guidelines on what constitutes a leak. A security system has also been put in place to prevent anyone from downloading information onto removable storage devices like DVDS and memory sticks. An alarm is triggered if someone tries to do so.

In May, classified details were divulged about an ongoing intelligence operation involving a mole who had infiltrated an al Qaeda affiliate in Yemen that was planning an attack. Another leak included details about the classified drone program, and a third involved details of a cyberattack targeting an Iranian nuclear enrichment facility.

The FBI has launched an investigation into both the Yemen and cyberattack leaks, according to government officials.

CNN's Security Clearance was the first to report that discussions also were under way on Capitol Hill over just how stringent new provisions should be as the Senate targets leakers in its upcoming Intelligence Authorization bill.

"They agreed that damage has been caused and the potential (for damage to be done) is always out there when you leak the kind of information we are concerned about," McKeon told reporters.

McKeon said Panetta and Dempsey told the House panel that 4 million people have some type of security clearance just in the Department of Defense realm.

"A lot of people have a lot of information and, when you think about how much has been leaked based on how many people have information, we are doing pretty good," McKeon said.

Rep. Adam Smith of Washington, the ranking Democrat of the committee, joined McKeon to speak to reporters after the hearing.

"I don't think either one of us is under the illusion that we are going to stop it," Smith said. "It's the nature of our world. But we should do everything we can do to eliminate it, and we wanted to make sure the Department of Defense was taking this seriously."

Neither congressman would go into detail about how the Pentagon plans to install a system that could reduce leaking. However, McKeon said Panetta told the panel that the decision to leak or not ultimately comes down to people, and it could put people at risk.

"It has the potential for causing serious harm to people that are maybe involved in operations, or people that are trying to help us achieve our objectives around the world," McKeon said.

At a Pentagon press briefing on Thursday, Panetta's press secretary, George Little, said, "The unauthorized disclosure of classified information is truly disturbing. It's of concern to the secretary. And the secretary is clearly prepared to try to address the problem inside the department."

He added, "We're considering some additional steps. I wouldn't get into specifics at this point, but this is an issue that we've had to confront from time to time, more often than we'd like to, and it's something that we need to try to address in a very strong way."