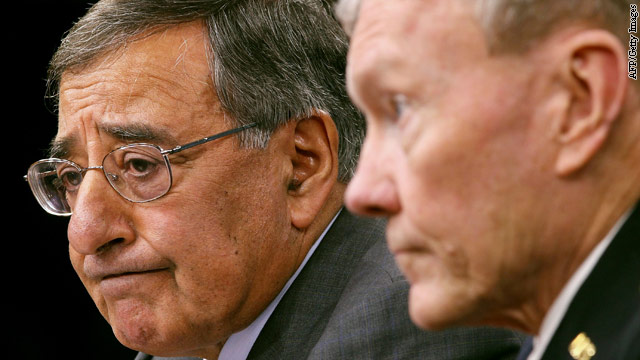 Pakistan shut down the key supply routes, stretching from Afghanistan through the lawless western tribal regions of Pakistan and down to the southern port of Karachi, in November after dozens of its troops were killed in a mistaken U.S. airstrike.

The routes offer a shorter and more direct path than the one NATO has been using since, which goes through Russia and other nations, avoiding Pakistan altogether.

It has cost the U.S. $100 million more a month to use the alternative northern routes.

The remarks were made during a news conference with Joint Chiefs Chairman Gen. Martin Dempsey.

This month, Panetta expressed frustration with Pakistan's failure to go after militant safe havens within its borders, particularly those of the al Qaeda-linked Haqqani network.

"They too have been the victim of terrorism," Panetta said. "They lost 17 Pakistanis on a patrol to the (Tehrik-e-Taliban Pakistan), and so every day, they too are the victims of terrorism. So we have a common enemy. It would make sense if we could work together to confront that common enemy."