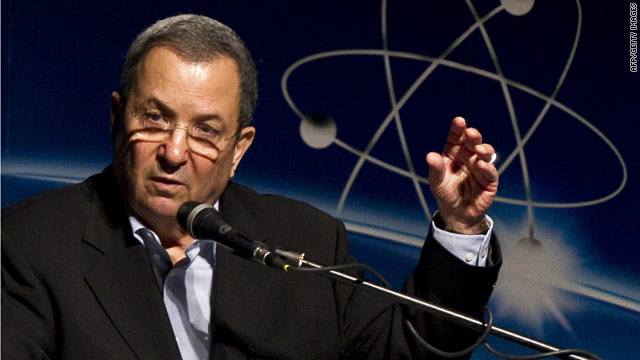 "The whole field of computers and telecommunications has developed tremendously over the last few decades. Reality is overcoming every illusion. Even those of us who grew up in the technological fields did not imagine the pace of these developments."On the one hand, the computers and telecommunications developed opportunity in governing, diplomacy, military, commerce and trade.

On the other hand, the complexity of all the systems have caused points of weakness which are potentially places of vulnerability," he said, outlining three trends that the military needs to contend with:

• The difficulty in identifying the attacker and the source of the attack. Even a simple hacker can disguise an attack, the source of which can be hidden in servers around the world.

• The lack of definition between peace and hostility. The battle in cyberspace happens during periods when there is no open conflict.

Local and international attention at the conference seemed to be focused on a cyberattack on Iran's oil infrastructure a month and a half ago, though Barak did not refer to it in his address.

Eugene Kaspersky, CEO of Kaspersky Lab, the Internet security company that uncovered the Flame virus while investigating the attack on the Iranian oil industry, addressed the issue of "Threats in the Age of Cyber Warfare." In a news conference, he outlined his fear of the threat posed by what he calls cyberterror.

His company cannot pinpoint the origin of Flame, but he detailed how much he thought it cost to develop, basing his figures on the number of people he was employing to decipher the project.

His conclusion was that the Flame attack had to be carried out by a country. When asked whether he felt his presence in Israel was part of the solution or the problem, he diplomatically sidestepped the question, answering, "Both."

According to Kaspersky, the unsettling feature of Flame is that it had already run for five years.

This could probably explain why Israeli Prime Minister Benjamin Netanyahu considers computer terrorism one of the four biggest threats facing Israel. He set up an authority to centralize Israel's cyberspace battle in his office, a place it shares with the Mossad and Shin Bet internal security services.

Leave a Reply to Tex