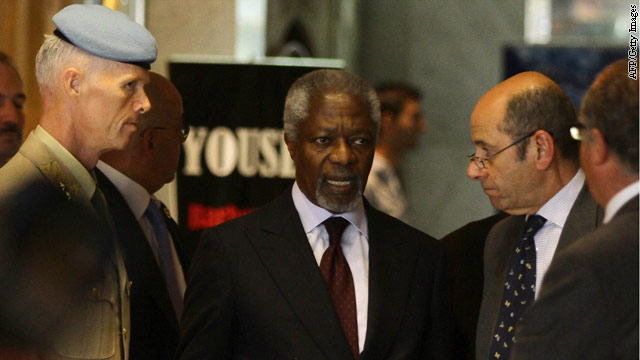 Annan in Syria with message for 'everyone with a gun'

International envoy Kofi Annan arrived in Syria on Monday amid growing fury over a gruesome massacre that killed 108 people in one town.

He vowed "serious" discussions with President Bashar al-Assad and said he had a message for "everyone with a gun": to halt the violence.

Rebel leaders have said Annan's six-point plan is already "dead" following the killings in Houla, a suburb of the anti-government bastion of Homs. U.N. monitors in Syria said 49 children were among those slaughtered there Friday.