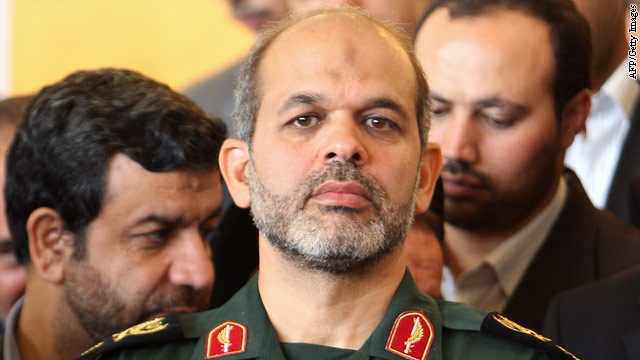 Iran said it was aiming to launch its fourth satellite into orbit this week - coincidentally about the same time world powers were meeting in Baghdad for talks on Iran's disputed nuclear program. And that, analysts say, could be one reason for the lack of overt outrage.

"I'm sure that the countries that were upset about North Korea don't want to take a moment to damage very fragile progress on the nuclear issue by complaining about" the satellite launch, Jim Lewis with the Center for Strategic and International Studies said. "People don't want to derail the chance for progress on nuclear talks by complaining about the space program which they already have."

The Fajr satellite that Iran planned to put into orbit was to be launched on a Safir 1B launcher, a much smaller rocket than North Korea's 85-ton rocket that exploded soon after launch last month, according to Laura Grego with the Union of Concerned Scientists. The Safir is limited to launching lightweight satellites into much lower altitudes.

What is different about this satellite, Grego says, is that it will contain a cold gas thruster that will enable the satellite to stay in orbit for perhaps a year and a half. Previous Iranian satellites lacked the system, and were only able to stay in orbit for a few months before the Earth's atmospheric drag pulled them out of orbit.

According to Grego, Fajr is equipped with a domestically made GPS navigation system to help keep track of its orbit. The satellite is intended to transmit pictures of the Earth at a much greater resolution than most of the planet's images from Google Earth.

Brig. Gen. Ahmad Vahidi, Iran's defense minister, says the planned launch was a testament to Iranian scientific advancement and another step in its research and development - international sanctions notwithstanding.

"The Islamic Republic is making good progress despite all pressures and sanctions," Vahidi said, according to Iran's Press TV. "The pace of the country's growth and development has increased and launching satellites in short intervals indicates Iran's (high) scientific capability," he said.

Some Iran watchers are chalking up the launch to nothing more than a political statement, and a way to garner regional prestige. "The Iranians always make stuff up, what they say is usually exaggerated," Lewis said.

And with discussions over the nuclear program underway, the launch could serve a domestic purpose and a message of assurance to its people if Iran grants any concessions on its nuclear program.

But Iran's touting of a technological advancement under the guise of science is precisely the reason the international community should be more vocal about Iran's launch, some analysts say.

"I think there should be a tremendous amount of concern expressed about Iran's continued capabilities regarding satellite launches, because that also furthers their ability to create an intercontinental ballistic missile," Peter Brookes with the Heritage Foundation said.

Brookes agrees the lack of loud protest on the surface over the launch is likely attributed to the ongoing nuclear talks, but says the launch should serve as a "wake-up call" for the United States in terms of building an effective missile defense.

Iran, like other countries, has a right under international law to the use of space for peaceful and scientific purposes. But its past deceptions to the international community regarding the dimensions of its nuclear program remain a concern to those watching this launch and its possible future applications.

"The Iranians being untrustworthy make it hard to take claims that this is a science program difficult to accept at face value," Lewis said.