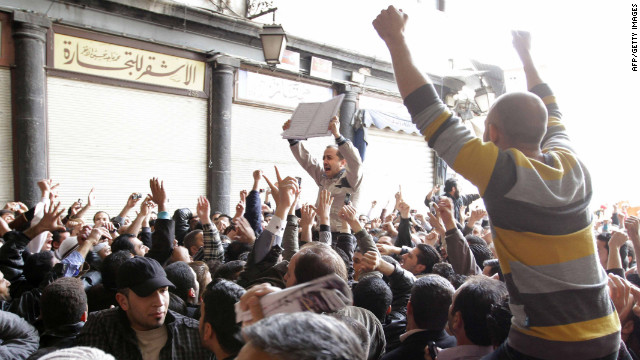 The uprisings that swept through the Mideast have inspired the world, and efforts by Arab dictators to crush the dissent have destabilized the region, the United States State Department said Thursday in its annual human rights report.

"In too many places, governments continue to stifle their own people's aspirations. And in some places, it is not just an assault on free expression, but an assault on the lives of the people themselves," Secretary of State Hillary Clinton said Thursday.

"The Syrian regime's brutality against its own people must end. All Syrians deserve the chance for a better future," she will say.

The report itself says: "The yearning for change we have witnessed in Tunisia, Egypt, Libya, Yemen, and Syria is inspirational, and yet change often creates instability before it leads to greater respect for democracy and human rights."

"In 2011 we saw too many governments crack down in the name of restoring order when their citizens demanded universal human rights and a voice in how they were governed," says the introduction, an early copy of which was obtained by Security Clearance.

"The events of the year showed that the real choice is not between stability and security; it is between reform and unrest," the report argued.

After decades of repression and lack of political participation, it will take time to create an open political system, the report warned.

"Transitions are times of uncertainty. They can be chaotic, unstable, and at times violent. And even when they succeed, they are rarely linear, quick, or easy," the report said.

Read more about the report here