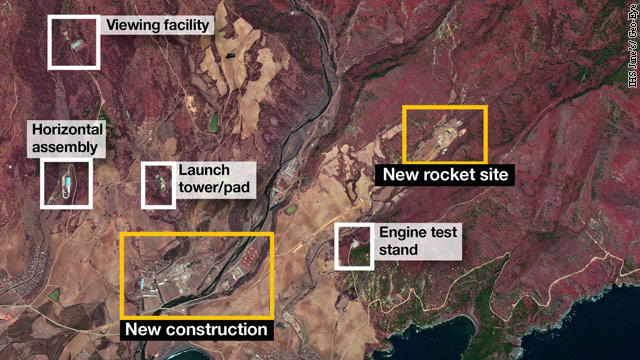 Calling the new work at Tonghae "surprising," a Jane's analyst speculates that North Korea may be redeveloping the site because it offers a greater margin of error than the country's "flagship" Sohae facility.

"There are 850 km of sea between the launch facility and Hokkaido, meaning that any rockets that re-enter on launch will splash down into the sea. Another possible factor is that an eastward launch takes advantage of the earth's rotation and amplifies the rocket's spaceward trajectory," said Allison Puccioni, an image analyst with IHS Jane's Defence Weekly.