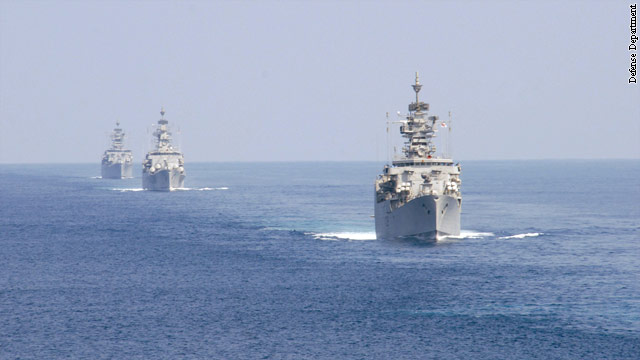 TheUnited Statesmust secure its rights for rare minerals and oil under the ocean before countries such asChinabegin to infringe on the country’s territorial rights, according to the nation’s top diplomat andU.S.military leaders.

Secretary of State Hillary Clinton, Secretary of Defense Leon Panetta and Chairman of the Joint Chiefs of Staff Gen. Martin Dempsey urged a Senate panel Wednesday to sign onto a long-opposed international sea treaty that they say will also strengthen the nation’s ability to apply military sea power.

Testifying before the Senate Foreign Relations committee in a rare appearance together, the three leaders called on the Senate panel to pass the United Nations Convention on the Law of the Seas because it was a, “matter of utmost security and economic urgency.”

The treaty would give the U.S.a 200-mile exclusive economic zone off of its coastlines as well as access to mineral and other natural resource rights within that area but allows other signatories the right of transit within the economic zone.

The panel, led by Sen. John Kerry (D-MA), led a mostly bipartisan supported group of senators in favor of signing onto the treaty which has been relatively ignored by theUnited Statessince 1994.  More than 160 nations are signed onto the treaty; theU.S.is the only major nation that has not signed it.

“Some of us have had the opportunity in the past to evaluate this treaty and even to vote on it in this committee.  I am personally deeply supportive of it, and I believe it is now more urgent than ever that we ratify it because to remain outside of it is fundamentally directly counter to the best interests of our country,” Kerry said.

Proponents of the treaty say signing onto the treaty will strengthen theU.S.hand against developing countries likeRussiaandChina, which are already staking out claims in the Pacific, and theArctic.

Kerry said it would also giveU.S.oil and gas companies the certainty they need to make, “crucial investments to secure our energy future.”

But members who are against it say it will tie the hands of the U.S Navy to operate freely around the world as well as forcing theU.S.to submit to other agreements not agreed to by theU.S.government.

“This treaty would subordinate American sovereignty to the United Nations, impose an international tax on U.S. energy production that would raise costs for American families, and act as a backdoor Kyoto Protocol that could allow foreign nations to regulate U.S. energy emissions,”  according to Sen. Jim DeMint (R-SC)

Secretary of State Clinton denied the claims by DeMint and others on the panel and said she is certain signing the treaty would be in the best interest of theUnited States, not other countries.

“I believe so vehemently that acceding to this treaty is inAmerica's sovereign interest or I would not be sitting here,”Clintonsaid.

Sen. Kerry said he would not bring the treaty signing to a vote before the presidential election so electoral politics would not be involved in a debate on the issue.

He said he would also hold numerous more hearings prior to a vote to address concerns dissenting members have on the treaty.

Leave a Reply to Rodulio