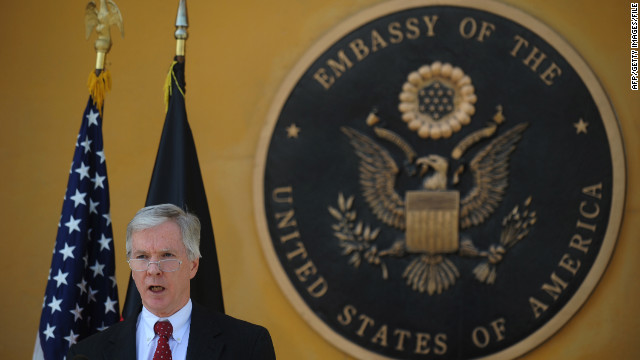 Ryan Crocker, the U.S. ambassador to Afghanistan, will step down this summer after a year on the job due to health reasons, according to State Department spokeswoman Victoria Nuland.

A statement by Nuland said Crocker confirmed his plan to the Afghan government and the U.S.-led NATO military mission in the country.

This is not Crocker's first stint in Kabul. After the Taliban were forced out of power, Crocker was given the task in 2002 of reopening the U.S. Embassy in the city, according to his State Department biography.