U.S. Ambassador: NATO has no plans for military intervention in Syria

The U.S. ambassador to NATO says the alliance has no plans for military intervention in the Syrian crisis, as reports of deaths mount by the dozens and diplomatic efforts have yet to stymie the bloodshed.

Ivo Daalder told reporters late Sunday there is "no planning going on that's related to a NATO role in Syria."

"As it relates to NATO planning, a NATO ally has to come forward and request that type of planning. So that's a circumstance that hasn't taken place," the ambassador said. "We'd obviously take any requests of that nature seriously if it were to be made."

Daalder also said NATO, along with European allies and Arab partners, has provided assistance to the Syrian opposition, including political and diplomatic support. 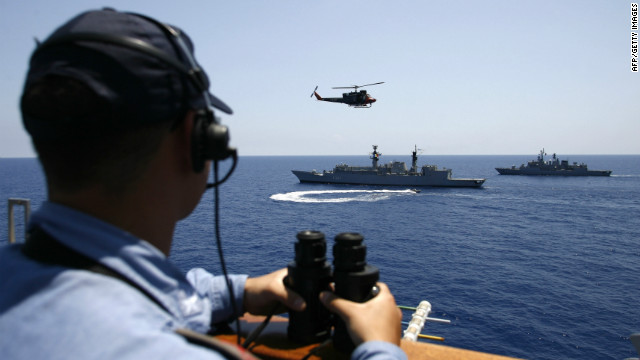 By Elise Labbott and Mike Mount

NATO countries are expected to sign off Monday on U.S. President Barack Obama's exit strategy from Afghanistan that calls for an end to combat operations next year and the withdrawal of troops by the end of 2014.

Against a backdrop of massive demonstrations that saw violent clashes between protesters and police, NATO and world leaders gathered at the summit in Chicago to sketch out the end of an unpopular war and figure out how to pay for shoring up Afghanistan's security forces.

Obama made clear Sunday as the summit opened that he expects the NATO nations and their strategic partners to agree to the withdrawal plan, while assuring Afghan President Hamid Karzai that the 28-nation alliance would not abandon the country.

"Just as we have sacrificed together for our common security, we will stand together united in our determination to complete this mission," Obama said at the start of the summit.

On top of a desert mountain military post 20 minutes outside the Jordanian capitol of Amman, we are silently greeted by soldiers clad fully in black, heads and faces masked by balaclavas, carrying assault rifles.

There is no enemy here. But for Jordan's 71st Counter Terrorism Battalion, it does not matter. They pride themselves on being one of the premier special operations units among U.S. allies in the Middle East, and so every day, even on their home base, they are ready to fight.

The battalion is taking part in Eager Lion, a massive international military exercise being staged in Jordan and involving some 12,000 troops from 19 nations.