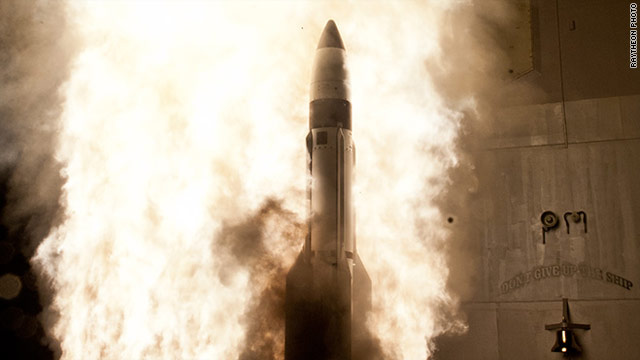 The Pentagon has made the Aegis ballistic interceptors a cornerstone of its missile defense system, and this week it successfully tested the second generation of the launchers.

A target was launched Wednesday from a ground facility in Hawaii, aimed northwest into a broad expanse of the Pacific Ocean. The guided missile cruiser USS Lake Erie began tracking the target missile and quickly launched a new interceptor missile, the Standard Missile-3 Block 1B.

The SM-3 tracked the target missile, adjusted its flight path and, at the right time, fired a warhead at the target, destroying it.

A test of the same missile last September had failed.

The Block 1B SM-3 has better tracking sensors and more control systems than its predecessor.

The test proved that this new version of the SM-3 could track and destroy longer-range ballistic missiles than the earlier Block 1A version.

The United States has 23 Aegis-equipped warships deployed around the globe that would be capable of firing this new missile once the test phase is complete, which is expect by 2015.

The fiscal year 2013 budget request before Congress includes a small increase in spending on Aegis missile defense programs over the current budget.