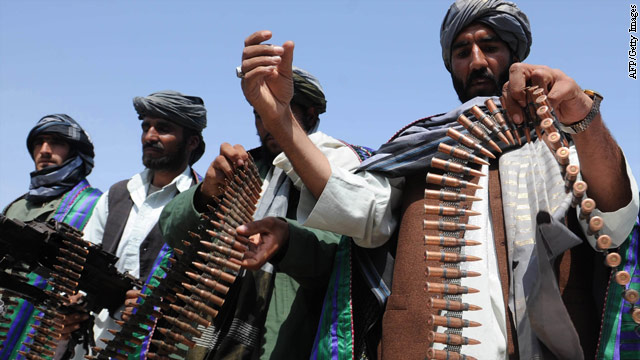 "We get reporting, reliable reporting of Taliban commanders, feeling under pressure with lack of weapons and equipment, with lack of finance," he said.

In a CNN interview Sunday, the heads of the Senate and House intelligence committees said the Taliban were gaining ground, just days after President Barack Obama made a surprise trip to Afghanistan and touted progress in the war on terror.

"I think we'd both say that what we found is that the Taliban is stronger," said Sen. Dianne Feinstein, D-California, who appeared with Rep. Mike Rogers, R-Michigan, on CNN's "State of the Union."

Rogers had said earlier that during his recent trip to Afghanistan he met with military and intelligence officials, who believed the Taliban were significantly stronger than a few years ago.

Bradshaw did not discount the challenge the Taliban poses, saying, "They're still a force to be reckoned with," but he said reporting from the NATO-led force shows the Taliban's capability has been reduced.

"I would say we have clear evidence that the momentum has been reversed," Bradshaw said. "So I think that the line taken by the congressmen is actually contrary to everything that we're seeing on our reporting."