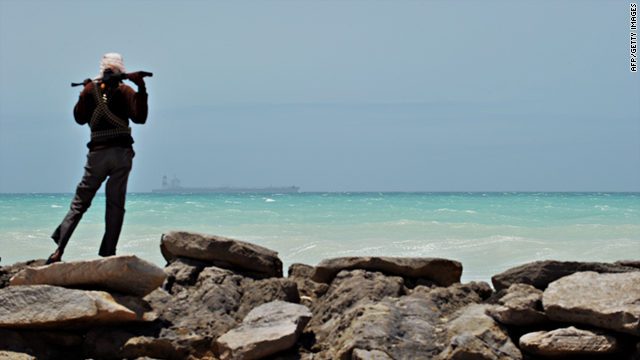 Seychelles, Kenya and Mauritius have offered to prosecute and hold pirate prisoners, but the capacity to keep up with the flood of new arrivals is overwhelming their jails, according to U.S. officials.

"Finding adequate prosecutorial venues and places to incarcerate the pirates is increasingly a challenge as we become victims of our own success in apprehending more pirates," according to a senior State Department official who briefed Security Clearance on anti-piracy issues.

"It could be a step in the right direction," said Bronwyn Bruton, deputy director of the Michael S. Ansari Africa Center at the Washington-based Atlantic Council. "And it is convenient for countries that catch them and do not want to hold them indefinitely. It looks good for the international community interested in fighting Somali piracy," she said.

But most governments understand that the solution to fix the piracy problem is on the ground and it will be a slow process once there is a plan.

Bruton agrees, but she thinks prosecuting and holding pirates is not going to be a long-term answer for fixing the piracy problem either.

"The pirates know what the odds are when they get into the business - four out of 10 pirates that go out on the water die. With that mindset, prosecution is not going to be a deterrent," Bruton said.

According to United Nation's statistics, Seychelles has undertaken 31 prosecutions and already convicted 22 suspects while Kenya is trying 69 suspects, having convicted 50.

The U.S. State Department and its partners in the U.N. Contact Group on Piracy off the coast of Somalia have been trying to persuade other countries with high stakes in the shipping industry to assist in prosecutions and imprisonment, according to a senior State Department official.

The official said the U.S. is also assisting as it has prosecuted and imprisoned a number of pirates that attacked U.S. ships off the Somali coast.

State Department officials said although no U.S. ship has been attacked by Somali pirates in the Horn of Africa region in over a year, the U.S. will still continue to prosecute and imprison pirates in the U.S. when needed.