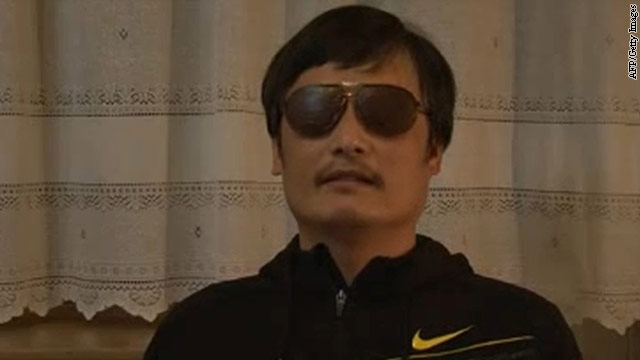 As Secretary of State Hillary Clinton prepared to depart Monday night for China, President Barack Obama was tight-lipped about the whereabouts of escaped Chinese activist Chen Guangcheng and his potential impact on the discussions to be held this week in Beijing.

"Obviously, I'm aware of the press reports on the situation in China, but I'm not going to make a statement on the issue," Obama said in response to a question about whether Chen was under U.S. protection and whether the United States would grant him asylum if he were to ask for it.

"What I would like to emphasize is that every time we meet with China, the issue of human rights comes up," Obama said during a joint news conference with Japan's Prime Minister Yoshihiko Noda at the White House.

"It is our belief that not only is that the right thing to do, because it comports with our principles and our belief in freedom and human rights, but also because we actually think China will be strong as it opens up and liberalizes its own system."