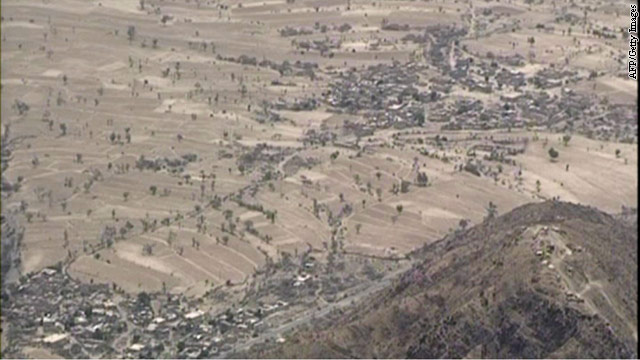 An image taken with a mobile phone shows the southern Yemen town of Loder, in Abiyan province, where the Yemeni army are fighting militant supporters of the al-Qaeda affiliate in Yemen.
April 27th, 2012
01:21 PM ET

The White House has approved plans by the Pentagon and the CIA to conduct strikes in Yemen against al Qaeda operatives even if U.S. officials do not know the identities of the individuals it's attacking, according to a U.S. official.

The official declined to be identified because of the sensitive nature of the issue. The Wall Street Journal first reported the development.

"We don't have to have a name, bio and dossier" to attack a target, the official said.

CIA officers and military personnel will now be allowed to conduct strikes based on intelligence that shows only a "pattern of behavior" that indicates a target poses a threat to the United States. This could involve striking fixed sites such as compounds where there are gatherings of suspected operatives, vehicle convoys or specific individuals.

These are generally referred to as "signature' strikes" because they target a particular pattern, or signature, of suspicious activity. But the official emphasized that even in these types of strikes there must be intelligence information showing the target is a "significant national security threat."

"We are not just out there taking potshots at guys with guns," the official said, adding there will still be an emphasis on trying to avoid civilian casualties.

The issue of unintended casualties has been particularly sensitive in Pakistan, where opponents claim years of CIA drone strikes have resulted in many civilian deaths. And in Yemen, the teenage son of top al Qaeda operative Anwar al-Awlaki was unintentionally killed in a drone attack that was aimed at another suspected terrorist.