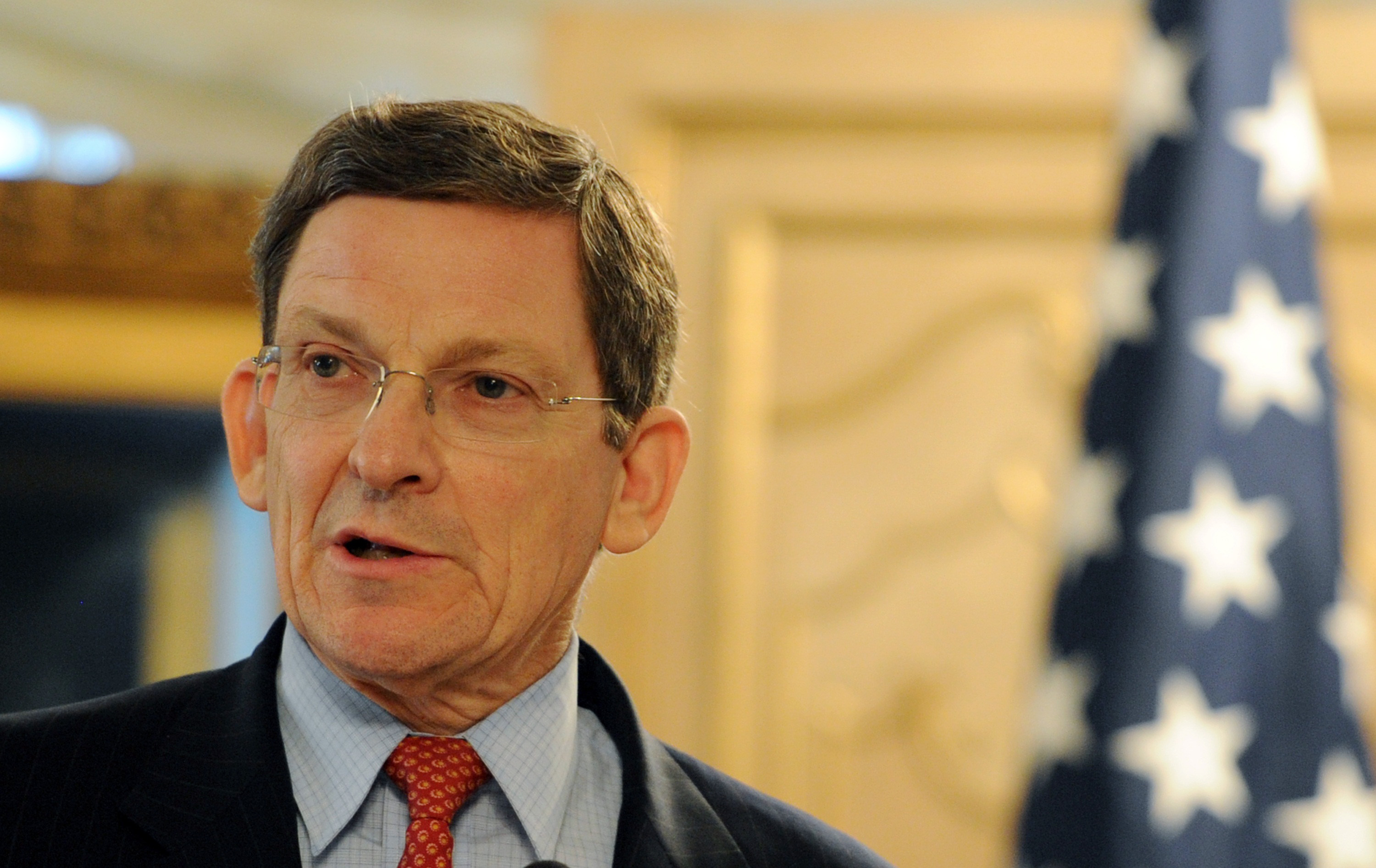 U.S. team to Pakistan for talks on ties

American officials arrive in Pakistan Wednesday for negotiations over parliamentary recommendations on how Islamabad wants to deal with Washington in the future, as the two countries seek to repair their frayed ties, senior U.S. officials told CNN.

The inter-agency delegation, led by Special Representative for Afghanistan and Pakistan Marc Grossman, also will include officials from the Pentagon, CIA and other U.S. agencies, the officials said. Tri-lateral talks with an Afghan delegation will be part of the trip as well.

The talks would be the first in-depth engagement since Pakistan's parliament rolled out a set of new guidelines for its relations with the United States, in which it agreed to re-engage with Washington after months of tension over deadly airstrikes on a Pakistani border post by NATO forces and other issues. Grossman had tried to visit Pakistan a few months ago, but the Pakistani government delayed the visit until the parliamentary process could be completed.

Officials were careful not to raise expectations for the talks, saying they weren't sure what could be accomplished in the first meeting. But they said it was important to try to renew the working relationship between the two countries.

"The purpose is to continue to re-engage and rebuild our relationship which is very much in both our interests, now that the parliamentary recommendations are done," a senior U.S. official told CNN.

The list of recommendations, approved by lawmakers and announced April 12, includes a call for an immediate end to U.S. drone attacks and no further use of Pakistan as a transportation route for weapons into Afghanistan.

The document said that future relations with the United States are to be based on mutual interest and no overt or covert operations - including private security companies or operatives - will be allowed on Pakistani soil. In addition, no foreign countries will be allowed to establish bases in Pakistan, according to the recommendations.

The recommendations were drawn up by the Parliamentary Committee on National Security, a group of 18 lawmakers responsible for reviewing relations with the United States, NATO and ISAF.

Pakistani Prime Minister Yusuf Raza Gilani told lawmakers that his government would work to implement the resolution "in letter and spirit." But in Washington, the U.S. State Department greeted the demands coolly.

"We respect the seriousness with which parliament's review of U.S.-Pakistan relations has been conducted," State Department spokeswoman Victoria Nuland said in a statement issued after the recommendations were announced. "We seek a relationship with Pakistan that is enduring, strategic, and more clearly defined. We look forward to discussing these policy recommendations with the government of Pakistan and continuing to engage with it on our shared interests."

Relations between Pakistan and the United States hit a new low after NATO airstrikes on November 26 killed 24 Pakistani soldiers on the Pakistani-Afghan border.

The deaths added to the anger already felt by Pakistanis over the U.S. raid that killed Osama bin Laden at a compound in Pakistan last May, and continued American drone strikes on targets in the nation.

Following the deadly border airstrikes, the Pakistani government shut down the two NATO supply routes in the country, asked the United States to vacate an air base on its territory and boycotted a conference about the future of Afghanistan.

U.S. President Barack Obama expressed hope last month that the two nations could arrive at a "balanced approach" to relations as he met with Pakistani Prime Minister Yousuf Raza Gilani on the sidelines of a nuclear security summit in South Korea.

The talks were the highest profile meeting between the two countries since the November airstrikes.

Obama said then that his expectation was that "we can achieve the kind of balanced approach that respects Pakistan's sovereignty but also respects our concerns with respect to our national security and our needs to battle terrorists who have targeted us in the past."

An investigation into the lethal NATO airstrikes in November by Brig. Gen. Stephen Clark on behalf of the United States concluded that Pakistan provoked NATO forces and that distrust between the two parties led to the firefight.

There has been a sharp drop in the number of drone attacks in Pakistan since the airstrikes.

U.S. officials rarely discuss the CIA's drone program in Pakistan, though privately they have said that the covert strikes are legal and an effective tactic in the fight against extremists. Senior U.S. officials told CNN that drone strikes have continued, although the United States has focused on much higher value targets than in the past. Pakistan, the officials note, has been silent about it.