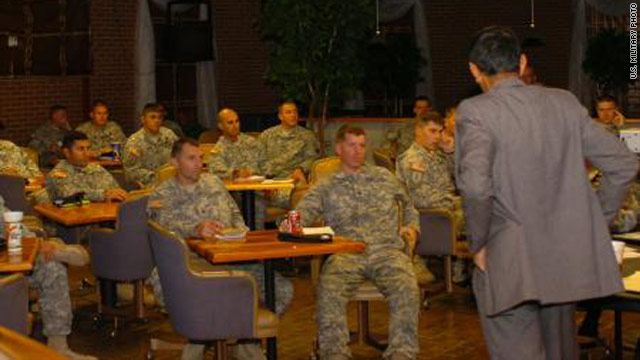 The chairman of the Joint Chiefs has ordered the entire U.S. military to remove all anti-Islamic content from its training materials.

Gen. Martin Dempsey sent a letter to the directors of military education institutions, combatant commanders and the heads of all branches of service instructing them to review all relevant training materials to make sure it does not have anti-Islamic content.

The order was precipitated by an elective course called "Perspectives on Islam and Islamic Radicalism," offered at the Joint Forces Staff College in Norfolk, Virginia.

"A student who finished the course last month brought this to his attention, that some materials in that course were inflammatory," Pentagon spokesman Capt. John Kirby said. The material included a statement that Kirby described as "the United States is at war with Islam, and that was presented as an assertion. We are at war with terrorism, specifically al Qaeda ... so that's one example."

"I am concerned that acadmeic institutions within the DoD may be presenting material, both by DoD instructors and guest lecturers, which goes well beyond merely presenting alternative intellectual viewpoints on radicalism to advocating ideas, beliefs and actions that are contrary to our national policy, inconsistent with values of our profession, and disrespectful of the Islamic religion," Dempsey wrote in a the memo.

Presidents George W. Bush and Barack Obama have repeatedly said that the United States is not at war with Islam.

The 30-day inquiry will try to determine how the material got into the course, and how many U.S. military officers received training using that material. The course has been taught since 2004, but its curriculum was revised in the middle of 2011.

Kirby estimates that "hundreds" of mid-level officers have taken the course, primarily commanders and lieutenant colonels from all four branches of service.

"What we don't know is when this inflammatory language was inserted in the course," Kirby said. But he added that the assumption is it has not been there from the beginning.

"Our concern is that there are some unprofessional things being taught to students in a military curriculum," a defense official explained.

The course at the Joint Forces Staff College has been suspended, and Dempsey has ordered the military chiefs to scour their own training materials to ensure no anti-Islamic content is being taught in other institutions.

Kirby said Defense Secretary Leon Panetta is "aware of the order, and shares Gen. Dempsey's deep concern. He completely endorses the general's decision to review training materials across the board and do a complete scrub."