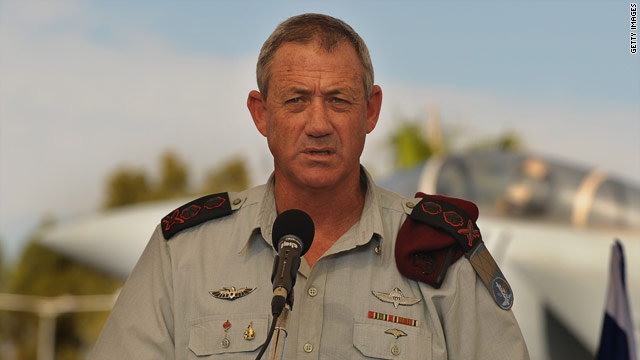 Israel's top general said Iran is led by "very rational people" and doesn't appear poised to build a nuclear bomb that would threaten his nation.

Iran "is going step by step to the place where it will be able to decide whether to manufacture a nuclear bomb," Chief of Staff Lt. Gen. Benny Gantz told Israel's Haaretz newspaper in Wednesday editions. "It hasn't yet decided whether to go the extra mile."

The head of Israeli Defense Forces set a different tone than that of Prime Minister Benjamin Netanyahu, who suggested to CNN on Tuesday that time is running out for Western sanctions on Iran to have a meaningful effect on Tehran's nuclear program.

The sanctions "are certainly taking a bite out of the Iranian economy," Netanyahu said in an interview broadcast Tuesday on CNN's "OutFront." But "they haven't rolled back the Iranian program - or even stopped it - by one iota."