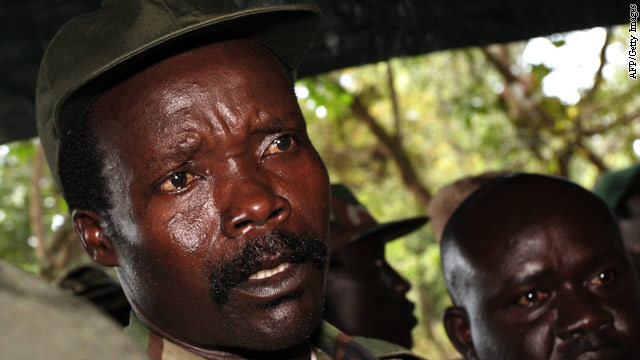 Since being pushed out of its previous stronghold in Northern Uganda in 2006, Kony and his lieutenants have been accused of continuing their abduction of children to serve as LRA soldiers in a campaign of rape, torture and murder across central Africa.

The LRA gained worldwide notoriety earlier this year when a video about the group went viral on the Internet.

On Monday, President Barack Obama announced that approximately 100 military advisers - mostly special forces - would continue their efforts in the region to assist in the hunt for Kony, after the National Security Counsel reviewed the mission, which began in October 2011.

The U.S. military is working, in a mostly advisory role, with forces from Uganda, South Sudan, the Democratic Republic of Congo and the Central African Republic, with the collective goal of capturing Kony and taking down the LRA.

On Tuesday, Deputy Assistant Secretary of Defense Amanda Dory told the Senate subcommittee that another challenge is managing expectations "on how quickly we'll succeed" in the operation, given all the variables.

U.S. military advisers in the region are assisting their partners to improve their effectiveness, the officials said.

Small teams of U.S. advisers are working with the Ugandan military in known LRA areas of the Central African Republic and South Sudan to set up operations centers to allow for daily coordination, information sharing and tactical coordination, the senators were told.

U.S. teams are also working with the U.N. mission in the Democratic Republic of Congo to connect the intelligence gathered by the mission in order to increase cross-border analysis and regional coordination on LRA movements.

"We believe our support is helping the partner forces to improve their operations, but they continue to face significant challenges in terms of their capabilities to quickly pursue LRA groups across this vast region," Dory said.

Efforts to establish an "integrated military force that can coordinate and cooperate is going to be tough," Yamamoto added.

The officials on the panel also praised the African Union's recent naming of a special envoy focused on the LRA issue.

Earl Gast, a senior official with the U.S. Agency for International Development, told the subcommittee that LRA violence has displaced hundreds of thousands of people. The U.S. government, Gast said, is coordinating efforts to reduce vulnerability to the LRA through programs such as the distribution of radios to warn neighboring communities of current LRA movements.

The officials and senators seemed to agree that human intelligence about Kony's movements, along with defections from his ranks, will play a pivotal role in his eventual capture.

"The defectors are a key part of the information picture," Dory said.

Jacob Acaye, an LRA abductee at age 12 who saw his brother killed by Kony's forces, told the committee he was using the education he has received since his escape from captivity to eventually become a human rights lawyer.

"I'm calling upon the world to come up and join the youth who are advocating for the end of this war," he said.

Jolly Okot, another former abductee who is now an official with a nongovernmental organization, said, "I think the coming together of everyone around the world and focusing on this one man and bringing him out will also in the future cause fear to other people who might think they should stand up and rise and terrorize people."

Kony is often "underrated" as a leader, according to a 2011 Jane's report on the group. Kony has claimed to be possessed by spirits who dictate the group's strategy. Jane's notes that the tactic has served him well, enabling him to speak to followers who have mixed beliefs. By his portrayal as a medium with supernatural abilities, his authority becomes harder to question within the ranks.

The Lord's Resistance Army is sophisticated and less like the ragtag group of fighters it is sometimes portrayed as, Jane's says. It has benefited from the military experience of former Ugandan military officers and years of combat in Sudan.

International aid convoys and nongovernmental organizations operating in the region have been threatened by the group, according to numerous reports.

Last year, the State Department said, "Since 2008 alone, the LRA has killed more than 2,400 people and abducted more than 3,400. The United Nations estimates that over 380,000 people are displaced across the region because of LRA activity."

Kony says he is a prophet sent from God to replace the Ugandan government with a democracy based on the Ten Commandments.