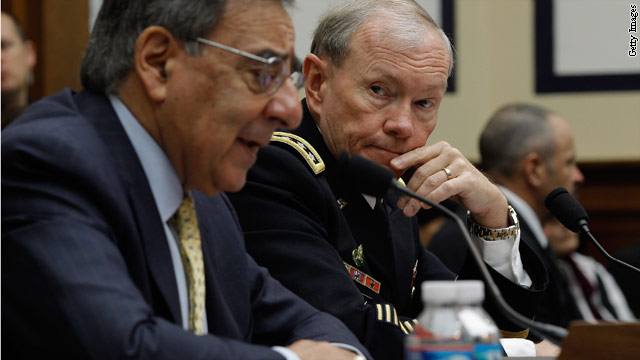 "There is no silver bullet," Panetta told the congressional panel. "We also know that the complex problems in Syria cannot all be solved through the unilateral actions of the United States, or any other country. They demand a coordinated international response that is uniquely tailored to the situation," he said.
END_OF_DOCUMENT_TOKEN_TO_BE_REPLACED

Clinton: U.S. and allies looking for "action" from Iran

With the first round of talks over Iran’s disputed nuclear program largely seen as being “positive,” the United States and its allies are “getting down to testing whether there is a willingness” by Iran to seriously negotiate, Secretary of State Hillary Clinton told CNN’s Wolf Blitzer in an exclusive interview on the ‘Situation Room.’

“I believe in very clear action for action,” Clinton said about judging the volume of concessions Iran may or may not offer in the next round of talks.

And while U.S. military against Iran is not at the forefront of options, Defense Secretary Leon Panetta says he has no doubt about the success of any war plan drawn up by the U.S. military for Iran. 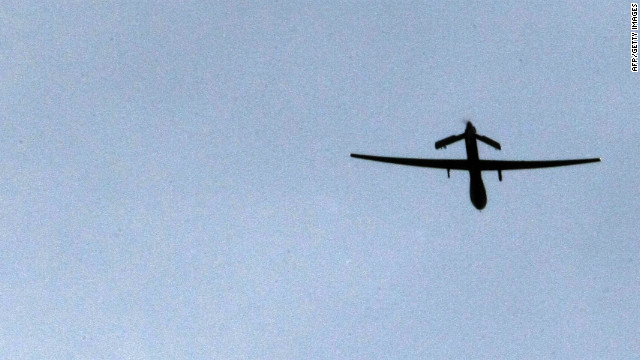 The target list of al Qaeda in the Arabian Peninsula terrorists the United States has developed has emerged since an American drone killed Anwar al-Awlaki last year in Yemen. Al-Awlaki was identified as a key operative, and the United States has focused on trying to determine the leadership structure that has emerged since his death. END_OF_DOCUMENT_TOKEN_TO_BE_REPLACED

The failure of five Army Green Berets to meet their curfew on the same night that Secret Service agents were allegedly involved with prostitutes in Cartagena, Colombia, is what largely led the military to start its own investigation, CNN has learned.

The military involvement was acknowledged in an initial news release by Southern Command on Saturday saying that five military members were restricted to quarters in Colombia. But a U.S. official confirmed to CNN that it was the actions of five Army Special Forces soldiers that set off the investigation, which rapidly broadened to include five other members of the U.S. military, including two from the Navy, two from the Marines and one from the Air Force.

All are being investigated for possible heavy drinking and use of prostitutes while in Colombia as part of a support team for President Obama's visit there last week.

END_OF_DOCUMENT_TOKEN_TO_BE_REPLACED

From Nasir Habib, for CNN

Pakistan says it is liaising with the governments of Yemen and Saudi Arabia before it decides when to deport several of Osama bin Laden's family members of back to their homelands.

The detention of the terrorist mastermind's three widows and two daughters ended Tuesday night. But as of late Wednesday, there were no signs that they had left the Islamabad house where they were held.

A judge had ordered earlier this month that the five women be deported back to their countries of citizenship after serving their sentence for living illegally in Pakistan. Two of the widows are Saudi while one is Yemeni.

A platoon of Marines engages the enemy in a deadly firefight that lasts days. When it's over, many Americans are dead, as are many enemy troops. Some surviving Marines cut the ears off the enemy and attach them to their helmets.

Had this been in Afghanistan, someone might have taken out a cell phone, snapped a picture of the helmets and maybe even posted it on the Internet. A major controversy would ensue, rising all the way to the very top of the U.S. military.

But this wasn't Afghanistan, it was Vietnam. And other than those young Marines, the only person who found out was their platoon commander, Lt. Karl Marlantes. "I went 'you can't do this.' "