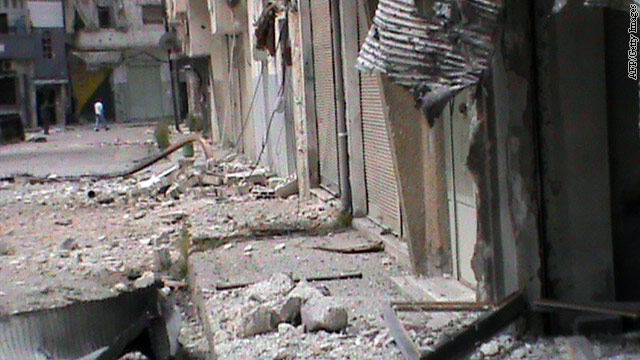 Key countries expected to meet on Syria next week

As a shaky cease-fire holds on the ground in Syria, a meeting is shaping up for next week in Paris to discuss the crisis, diplomatic sources said.

The meeting is not a done deal, but is likely and could prove timely, because the situation on the ground in Syria could change significantly by then, the sources said. If the cease-fire in Syria holds, meeting discussions will need to include sending in international monitors.
END_OF_DOCUMENT_TOKEN_TO_BE_REPLACED

When it comes to North Korea, nothing is ever clear. You can double down on that bet when it comes to trying to foresee what the catastrophic failure of its rocket launch means for the country's new ruler and his military.

North Korea experts say how Kim Jong Un reacts to this humiliating setback, however, could be an open window into the strength of his hold on leadership.

"The question is whether (the launch) is going to be consequential, and I think that remains to be seen," said Scott Snyder of the Council on Foreign Relations.

If history is any guide, North Korea is likely to follow up the rocket launch with a nuclear test, or some other sort of provocative act as a signal to the world of its strength and resolve. The question is whether the rocket failure causes the regime to change course.
END_OF_DOCUMENT_TOKEN_TO_BE_REPLACED

END_OF_DOCUMENT_TOKEN_TO_BE_REPLACED 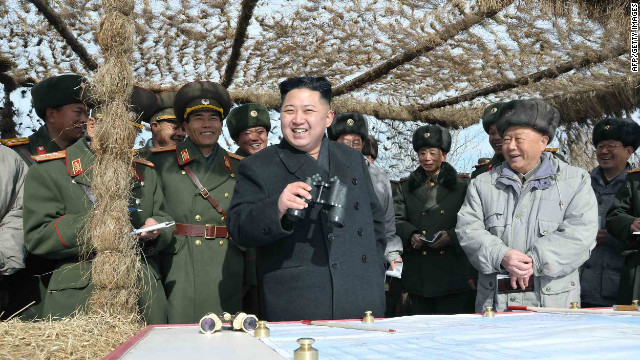 "I think there is going to be much less time for the DPRK issue in this town," a senior official said about the Obama administration's patience for the issue. "Maybe we say, 'we gave it a shot, and they made a decision that they have to live with.' What are we going to do? We can't keep trying to help them help themselves." END_OF_DOCUMENT_TOKEN_TO_BE_REPLACED

Four Swedish nationals accused of what officials describe as the most serious ever Islamist terrorist plot in Scandinavia, go on trial in Copenhagen Friday.

The alleged plot, which counter-terrorism officials in the United States and Scandinavia believe was directed by al Qaeda operatives in Pakistan, targeted Jyllands Posten, the Copenhagen-based newspaper responsible for publishing controversial cartoons of the Prophet Mohammed. The four are alleged to have planned a gun attack on the newspaper, followed by “the execution” of hostages.

The cell’s alleged plans were thwarted by a joint operation by Swedish and Danish security services, which tracked the alleged terror cell as they drove from Sweden to Denmark in December 2010, with a submachine gun, a silencer, and several dozen 9mm submachine gun cartridges.
END_OF_DOCUMENT_TOKEN_TO_BE_REPLACED

New details emerged Friday about the failed launch of the North Korean rocket.  The rocket failed in the second stage of its flight, Pentagon spokesman George Little said Friday.

A different U.S. official told Security Clearance that the rocket failure happened 81 seconds into the flight, based on preliminary U.S. analysis.

The first stage successfully separated from the rocket before the failure, the U.S. official said. That first stage fell into the Yellow Sea approximately 165 kilometers (about 100 miles) west of Seoul, South Korea, according to a statement from U.S. Northern Command and North American Aerospace Defense Command. END_OF_DOCUMENT_TOKEN_TO_BE_REPLACED

With Iran, the courage to do...nothing

Editors Note: Art Keller is a former case officer in the CIA's Counter Proliferation Division. He currently is a writer on intelligence and national security issues and recently published his first novel,  "Hollow Strength."

As a new round of nuclear negotiations with Iran is set to begin this month, it brings up the question: In the not-unlikely event that this round of diplomacy collapses, as all previous rounds have, where would that leave the West? Is bombingIran's nuclear facilities the unavoidable final recourse?

Despite an abundance of saber-rattling, Western leaders have yet to convincingly explain why policy toward Iran should differ from policy toward the Soviet Union during the Cold War. Did we start bombing the Soviets because they acquired nuclear capability in 1949? Even though the Soviets regularly claimed their objective was the defeat of the West? Even though Soviets gave arms and money to proxies around the world, including direct support to terrorists? Even though they posed a far greater threat than Iran ever could? Are we doing that with North Korea? Even though the North Koreans have "the bomb" and have often used rhetoric that is even harsher than the Soviets?