Despite the failure of its attempted missile launch, North Korea’s provocative action threatens regional security, violates international law and contravenes its own recent commitments. While this action is not surprising given North Korea’s pattern of aggressive behavior, any missile activity by North Korea is of concern to the international community. The United States remains vigilant in the face of North Korean provocations, and is fully committed to the security our allies in the region. END_OF_DOCUMENT_TOKEN_TO_BE_REPLACED 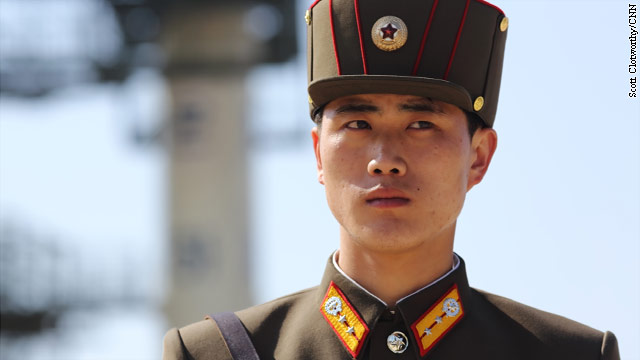 "How much more isolated can you get?" asks James Acton of the Carnegie Endowment for International Peace. The United Nations has sanctioned North Korea many times over for its provocative acts of the past, and the country's largest economic and political benefactor China, is unlikely to support any additional penalties at the Security Council this time.
END_OF_DOCUMENT_TOKEN_TO_BE_REPLACED 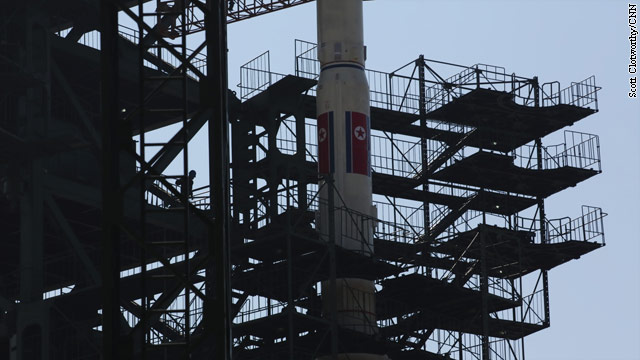 By CNN's Tim Schwarz in Pyonguang

Defying warnings from the international community, North Korea launched a long-range rocket on Friday, but it appears to have broken apart before escaping the earth's atmosphere, U.S. officials said.

No element of the rocket reached space, said a U.S. official, who based that conclusion on data collected by the United States from its first few moments aloft.

"This was supposed to be associated with (Kim Jong Un's) ascension to power. So for this thing to fail ... is incredibly embarrassing," said Victor Cha, former director of Asian affairs for the U.S. National Security Council and now a Georgetown University professor.

Afghanistan: reasons to be cheerful (opinion)

The American people and the international community deserve to know if all our efforts in Afghanistan are worth the sacrifice – in lives and resources. We need to know whether the Afghan people are preparing to take on responsibility for securing their own country. Are the Afghans readying to take the lead in securing their own country? After a year-long deployment throughout Afghanistan, I believe they are.

Everything about counter-insurgencies is unconventional and complex. They are people-centric and conducted on multiple tracks, involving both defensive and offensive operations, extensive intelligence gathering and economic intervention. END_OF_DOCUMENT_TOKEN_TO_BE_REPLACED

Africa has seen some ugly divorces in recent times: Eritrea and Ethiopia, Sudan and South Sudan. Now Mali is threatened with partition as a rebellion flares in the north and political uncertainty grips the capital, Bamako. Mali’s neighbors and western governments are looking on anxiously as drug traffickers and Islamist groups affiliated with al Qaeda take advantage of the vacuum – in a region already blighted by hunger, poverty and weak government.

The origins of Mali’s collapse are two-fold. In January Tuareg rebels began attacking towns in the vast deserts of northern Mali. Many had recently returned from fighting for Moammar Gadhafi in Libya, bringing guns and vehicles with them. Then, on March 22, there was a coup by mid-ranking officers in Mali’s army angry with corruption and the lack of resources for fighting the rebellion. END_OF_DOCUMENT_TOKEN_TO_BE_REPLACED 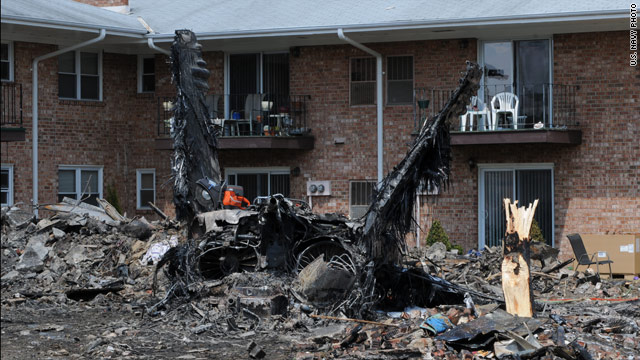 The U.S. Navy released some stunning photos from last week's F/A-18 crash.  In the photo above, the wreckage is being prepared for removal.  Here are more photos: END_OF_DOCUMENT_TOKEN_TO_BE_REPLACED 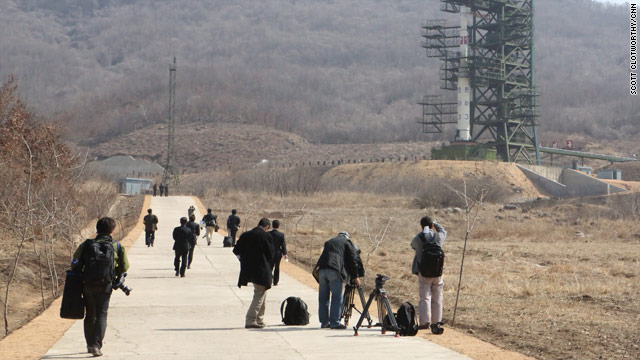 North Korea's opening of its launch pad to journalists has been a boon to North Korea watchers who have relied mostly on satellite imagery to take stock of the country's progress in developing long range missile and rocket capability. The flood of still photos and video have helped shape their understanding of what North Korea is up to.

"It is almost like a painting of the entire site," said Allison Puccioni, an analyst with IHS Jane's Defence Weekly. "I think we are learning a lot about North Korea." END_OF_DOCUMENT_TOKEN_TO_BE_REPLACED

Pakistan's parliament set out new guidelines for its relations with the United States, as it agreed to re-engage with Washington after months of tension over deadly airstrikes on a Pakistani border post by NATO forces and other issues.

A list of recommendations approved by lawmakers includes a call for an immediate end to U.S. drone attacks and no further use of Pakistan as a transportation route for weapons into Afghanistan. END_OF_DOCUMENT_TOKEN_TO_BE_REPLACED

Massachusetts man to be sentenced on terror conspiracy charges

A Massachusetts man will be sentenced Thursday after his conviction on multiple terrorism conspiracy charges in a case that raised questions about how terror suspects can be prosecuted.

Tarek Mehanna, 29, was found guilty in December of conspiring to help al Qaeda, conspiring to commit murder in a foreign country and making false statements.

He could face up to life in prison.