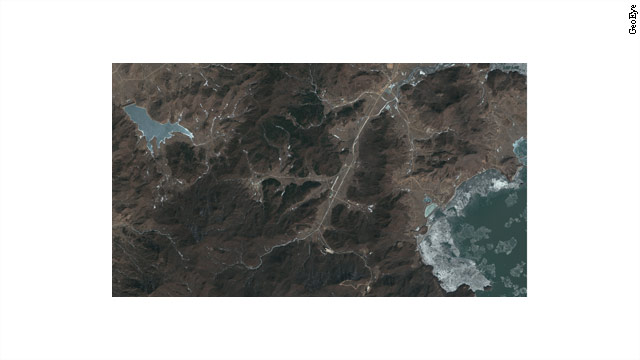 The platform was also enclosed by a canvas, 38 North reported, possibly to protect it from the elements but also to ensure any activity inside was concealed.

Whether the early stages of a Taepodong-2 missile have made it to the launch pad is unclear because of the shrouded activity.

A security checkpoint for vehicles to enter the pad from other locations at the launch facility appears to have been established, the blog said. The barricade was not present in earlier satellite images of the site and could indicate an elevated level of security.

Based on previous North Korean rocket launches in 2006 and 2009, the timing of the work in the latest images would be on schedule for the North's stated time frame for the launch, April 12-16, 38 North said in its analysis.

And a U.S. official said from what the U.S. government has observed, "Right now it seems the North Koreans are on schedule for their announced mid-April launch window."

Leave a Reply to Fnsbreext