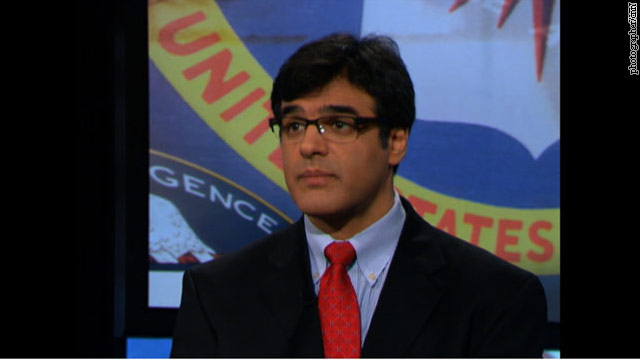 A former CIA officer was indicted Thursday for allegedly disclosing classified information to journalists and lying to a CIA review board about material in a book he wrote.

John Kiriakou, who worked for the CIA from 1990 to 2004, faces a maximum of 45 years in prison if convicted on all charges. The five-count indictment includes three charges under the Espionage Act, alleging Kirakou revealed national defense information to individuals not authorized to receive it –specifically, reporters.

No reporters were identified by name in the indictment.
END_OF_DOCUMENT_TOKEN_TO_BE_REPLACED

Pakistan has suggested that the United States needs to provide convincing evidence against a man accused of masterminding the 2008 terrorist assault on Mumbai before it will take any action.

Washington posted a notice Monday offering as much as $10 million for information leading to the arrest and conviction of Hafiz Mohammad Saeed, a 61-year-old Pakistani man wanted by Indian authorities in connection with the Mumbai attacks, which killed 166 people.

"Pakistan would prefer to receive concrete evidence to proceed legally rather than to be engaging in a public discussion on this issue," the Pakistani foreign ministry said in a statement.

END_OF_DOCUMENT_TOKEN_TO_BE_REPLACED

A social network site for jihadists?

The advantage and attraction of social networking isn't lost on the jihadist community, apparently. New postings on the Ansar al-Mujahideen Arabic forum have been discussing a proposal by one contributor to create a Facebook-like site for jihadists, according to SITE Intel Group, which monitors jihadists activities online.

The idea has surfaced as various jihadi sites have mysteriously gone dark, leaving some to speculate whether there was a covert takedown by a spy agency.

In a posting, the user identified as Rakan al-Ashja'i notes that the terror adherents depend on different online forums and social networking sites for posting propaganda and discussions.