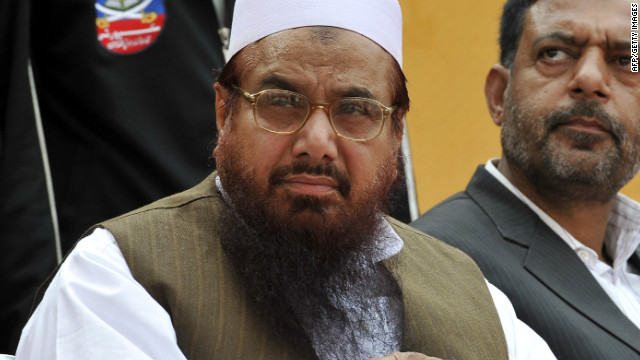 U.S. offers $10 million for capture of suspect in Mumbai attacks

The United States is offering as much as $10 million for information leading to the arrest and conviction of Hafiz Mohammad Saeed, a Pakstani man accused of masterminding the 2008 terrorist assault on Mumbai that killed 166 people.

The "wanted" notice announcing the large bounty for Saeed, 62, was posted on the website of the U.S. State Department's Rewards for Justice program late Monday.

The amount is one of the highest offered by the program, on par with the sum pinned on the Taliban leader Mullah Omar, but below the $25 million on offer for al Qaeda leader Ayman al-Zawahiri.

The notice describes Saeed as a former professor of Arabic and engineering who helped found Jamaat-ud-Dawa, a radical Islamist organization that aims to bring about Islamist rule over areas of India and Pakistan. The United States and the United Nations have declared it a terrorist organization.