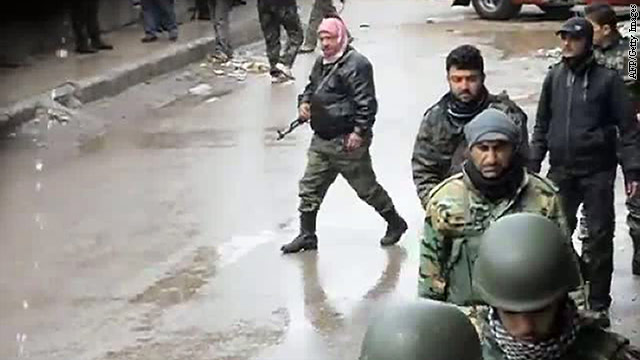 The United States is providing Syrian opposition groups specialized equipment to help the opposition organize and communicate outside of the watchful eye of the regime of President Bashar al-Assad.

The equipment comes in addition to the increase in financial contributions that were announced this past weekend.

"The United States is going beyond humanitarian aid and providing additional assistance, including communications equipment that will help activists organize, evade attacks by the regime, and connect to the outside world - and we are discussing with our international partners how best to expand this support," Secretary of State Hillary Clinton said Sunday in Istanbul at a meeting of the so-called 'Friends of Syria.'

With the uprising in Syria entering its second year, the administration said the communications assistance is needed to supplement the $25 million in humanitarian assistance already pledged.

U.S. officials and other sources familiar with the aid say it includes satellite communication equipment, as well as hardware and software systems to help the opposition evade government censors, and more easily communicate internally and externally.

In her meetings in Istanbul, Clinton met with a woman from the besieged city of Homs who explained the communication challenges in Syria. The woman "made clear" to Clinton "that when Homs was under shelling attack, they didn't even know what was happening on the other side of the city let alone be able to talk to opposition leaders in cities across Syria," State Department spokeswoman Victoria Nuland told reporters Monday.

"What I will say is that we had a pretty modest program through (the Middle East Partnership Initiative) as we do in many countries," Nuland said. "We will now be expanding this in scope."

Last weekend Britain also announced additional non-lethal assistance for the opposition. Foreign Secretary William Hague said his government would be providing 500,000 pounds (nearly $802,000) to the opposition, which would include money for satellite communications equipment and training.

While the Obama administration refuses to arm the disparate opposition groups in Syria, the United States and other nations at the Istanbul meeting agreed to set up a "working group" to monitor countries that continue to arm and support the al-Assad regime.

-CNN's Barbara Starr and Elise Labott contributed to this report