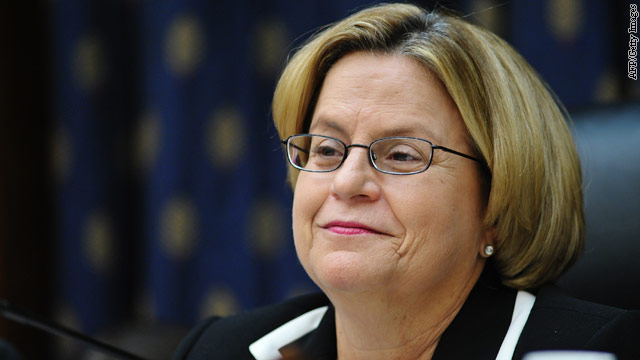 Rep. Kay Granger, chairwoman of the House Appropriations Committee Subcommittee on State, Foreign Operations and Related Programs, said she was releasing a hold that had been in place since August on all of the $147 million in congressionally appropriated money for the Palestinians. House Foreign Affairs Chairwoman Ileana Ros-Lehtinen partially lifted her block for more than half of the funds to be sent.
END_OF_DOCUMENT_TOKEN_TO_BE_REPLACED

Syrians in U.S. may apply to stay under Temporary Protected Status

Starting next week, Syrians who have been living temporarily in the United States will be able to apply for Temporary Protected Status and remain in the U.S., the Department of Homeland Security announced Friday.

"Conditions in Syria have worsened to the point where Syrian nationals already in the United States would face serious threats to their personal safety if they were to return to their home country," Homeland Security Secretary Janet Napolitano said in a written statement.

A Homeland Security official said that an estimated 2,500 to 3,000 people who now have visas will be eligible to apply to stay in the U.S. for 18 months. Approval is not automatic: Applicants must undergo full background checks, and criminals and anyone considered a national security threat will not be accepted, according to the official.

END_OF_DOCUMENT_TOKEN_TO_BE_REPLACED

The U.S. military has formally announced charges in the March 11th killing of 17 Afghan civilians.

Here is the press release detailing the charges: END_OF_DOCUMENT_TOKEN_TO_BE_REPLACED

END_OF_DOCUMENT_TOKEN_TO_BE_REPLACED

France wonders about missed signs of a terrorist among them

Did French intelligence services miss vital clues as Mohammed Merah showed signs of growing radicalization? In the words of the French newspaper, L'Express, on Thursday: "Did the security services fail in their surveillance?"

How do western intelligence agencies choose who to focus on as terror suspects, amid hundreds that express or harbor militant views? Do they have sufficient resources; and where lies the balance between surveillance and the protection of civil liberties?

These are just a few of the questions emerging after Merah's killings. END_OF_DOCUMENT_TOKEN_TO_BE_REPLACED

WASHINGTON (CNN) - The 16 Afghans killed in a shooting spree in early March were buried without autopsies, in accordance with the Islamic tradition of a quick burial. Any effort to do disinter the bodies and do an autopsy would probably be resisted by the Afghan villagers.

But that could present one of many challenges military prosecutors will have in making a case against the alleged shooter, U.S. Army Staff Sergeant Robert Bales.