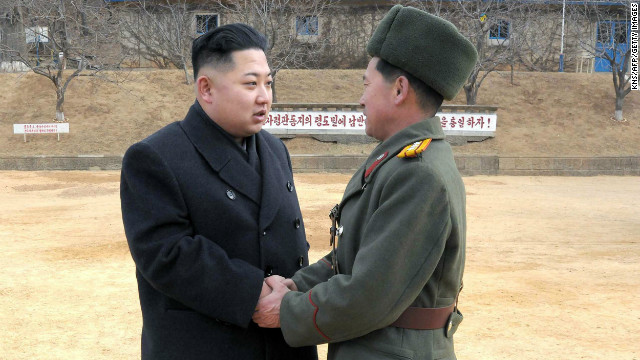 "We have suspended that effort for the moment. Remains recovery is, obviously, a top priority for this department. We have thousands of service members who are unaccounted for, to include service members from the Korean War," Pentagon spokesman George Little said.  "We have suspended that effort because we believe the, you know, North Korea has not acted appropriately in recent days and weeks and that it's important for them to return to the standards of behavior that the international community has called for."

North Korea announced last week that it is planning to carry out a rocket-powered satellite launch in April. South Korea has said it considers the satellite launch an attempt to develop a nuclear-armed missile, while the United States has warned that the move would jeopardize a food-aid agreement reached with Pyongyang in early March.

The two countries agreed in October to allow the search for remains to resume this year, though Pentagon officials were not clear whether any U.S. teams had begun searching inside the country. It was to be the first time the U.S. had searched since tensions halted an effort in 2005.  In the decade of searching before that, the U.S. recovered remains of more than 225 service members, according to Pentagon information.

The agreement allowed U.S. teams to search in a region 60 miles north of the capital city of Pyongyang and near the Chosin/Jangjin Reservoir, where more than 2,000 soldiers and Marines are believed to be missing, according to an October Pentagon announcement of the agreement.

The announcement said the deal was separate from any other issue between the two countries.

"Accounting for Americans missing in action is a stand-alone humanitarian matter, not tied to any other issue between the two countries," the statement said.

Little said that although the U.S. hopes to re-engage on remains recovery, North Korea's "provocative" behavior made it necessary to halt to hold North Korea "accountable."

"When there are suggestions that they might launch ballistic missiles, when they make bellicose statements about South Korea and engage in actions that could be construed as provocative, we think that it's not the right time to undertake this effort," Little said.

Of the approximately 83,000 Americans missing from all wars, more than 7,900 are from the Korean War, with 5,500 of those believed to be missing in North Korea, according to the Pentagon.