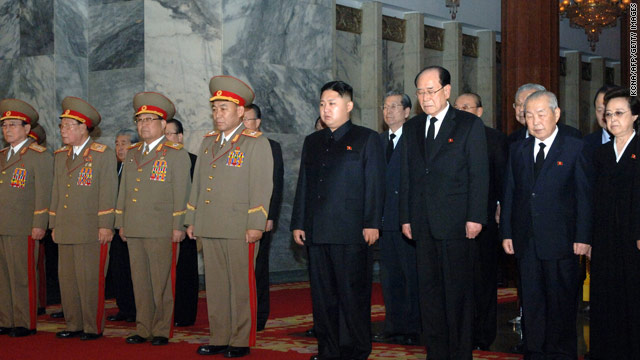 The announcement took the Obama administration, as well as the other countries involved in the six-party talks, by surprise and raised serious questions about whether the new Korean leader is any different from his father.

The launch announcement throws off-course the recently announced deal to exchange food aid for a halt in the North Koreans program, and the U.S. will be taking a "pause," State Department spokeswoman Victoria Nuland said.

"If they were to go forward with this launch, it would be hard to imagine how we would be able to move forward with a regime whose word we have no confidence in and who has egregiously violated its international commitments," Nuland added.

During talks between the nations in Beijing, U.S. officials said North Korea was explicitly warned against the use of space technology.

"They knew if they were to launch a satellite, this would be a matter of grave concern to the U.S.," one senior official said.

The North Koreans notified the U.S. about their intention but did not make clear that they were going to make an announcement to the world, which makes it more difficult to deal with, the officials said.

North Korea told the U.S. that it has the right to peaceful access to space, as do all other nations, one senior official said. The official said the U.S. replied that all other nations have not been judged to be a threat to international peace and stability and been enjoined explicitly against conducting ballistic missile launches.

"This is not about their ‘rights’; it's about their obligations as a member of the U.N.," the North Koreans were told, according to the official.

"It's the use of the missile technology that is an explicit violation of U.N. Security Council Resolution 1874, so it's a matter of semantics, whether you call it," Nuland said. "They say they're launching a satellite; we say ‘you're launching it with ballistic missile technology, which the U.N. Security Council Resolutions have explicitly precluded.’"

Ri Yong Ho, a senior North Korean nuclear envoy, traveled to Beijing and Moscow this week after attending a conference in New York sponsored by Syracuse University. The officials said he raised eyebrows in both countries by suggesting that North Korea would undertake the launch.

There are numerous theories on Korea’s motivation: Was this late leader Kim Jong Il's last wish? Is it something officials came up with after Kim's death to mark his greatness? Is it the regime simply marking former leader Kim Il Sung's 100th anniversary with something flashy?

The U.S. has been huddling with the Japanese, Russians and South Koreans since the announcement. All have issued tough statements warning against such a launch. U.S. officials have also spoken with Chinese officials but are awaiting an announcement from Beijing.

In terms of consequences, it is unclear whether the announcement nixes the deal with the U.S. or whether anything can be salvaged. However, look for Washington to continue to point to the 2006 and 2009 Security Council resolutions. It’s unclear whether the U.S. would go back to the U.N. if North Korea follows through the launch, but officials wouldn't rule it out.