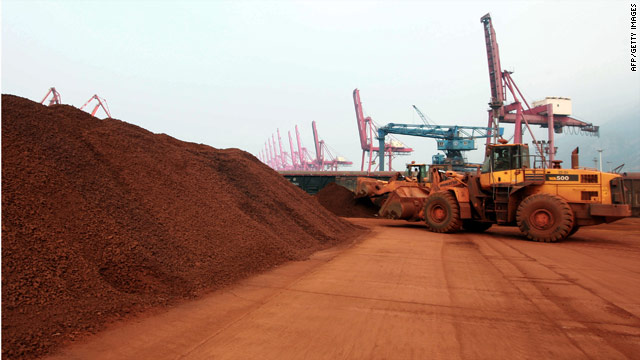 The Obama administration case against China's handling of exports of rare earth minerals is not just because of business concerns, it is a national security concern, as well. China's dominant position in the production of rare earth minerals has long-reaching implications for the U.S. Department of Defense. As our Laurie Ure reported back in 2010, there is widespread use of rare earth materials in defense systems, including precision-guided munitions, lasers, communication systems, radar systems, avionics, night vision equipment, satellites and more.

A coating of yttrium, which can withstand high levels of heat, is used inside jet exhaust systems. Samarium, which is resistant to radiation, is used in magnets inside missiles and other weapons.

A 2011 Pentagon report said that the defense demand is seven percent of the overall global market for the minerals.

"Faced with increased RE prices and a decrease in China’s export quota, the biggest issue facing domestic RE consumer companies is the need for a stable non-Chinese source for rare earth oxides (REO)," according to the report. "It is essential that a stable non-Chinese source of REO be established so that the U.S. RE supply chain is no longer solely dependent on China’s RE exports."