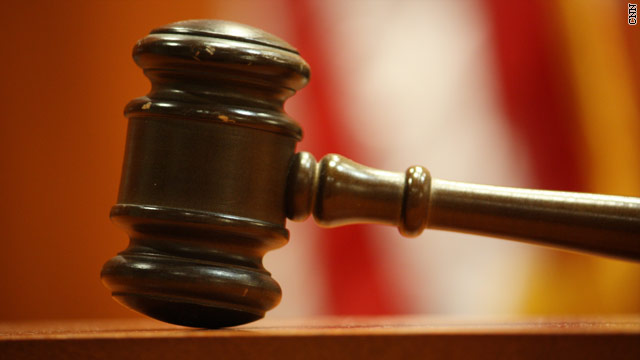 Two Democratic members of Congress announced a bill Thursday that would prohibit the indefinite detention of any suspected terrorist apprehended in the United States, whether or not the suspect was a U.S. citizen.

Rep. Adam Smith of Washington, the ranking member of the House Armed Services Committee, and Sen. Mark Udall of Colorado said the legislation would ensure that anyone captured, detained, or arrested in the United States on suspicion of terrorism will go through the civilian justice system and be provided due process rights awarded under the Constitution.

This would not apply to suspected terrorists captured overseas who are now being held at the U.S. military facility in Guantanamo Bay, Cuba.

The bill is aimed at amending a controversial provision added to the National Defense Authorization Act that gave the military the authority to indefinitely detain anyone suspected of terrorism in the United States.

"More than 10 years later, one thing has become absolutely clear: our criminal justice system in the U.S. is 100% adequate to take care of this problem," said Smith, who claimed that more than 400 terror suspects have been tried successfully by U.S. civilian courts. "But at the same time, on the books we have a law that gives the executive branch the power to indefinitely detain people here in the U.S., even U.S. citizens. And we believe that we should take that off the books."

Chairman of the House Armed Services Committee, Rep. Buck McKeon, R-California, is worried the language in the new bill goes too far.

"For example, under the guise of providing 'access' to civilian courts, the Smith/Udall bill would actually require that foreign terrorists like the underwear bomber be held by civilian authorities and tried in civilian courts as common criminals," said McKeon spokesman Claude Chafin. "Those who attack us are not mere criminals, but terrorists, often carrying vital information about future attacks that our military can exploit to keep us safe. They should be treated as such."

The National Defense Authorization Act was strongly contested in Congress last year, with the issue of indefinite detention being high on the list of concerns for those who opposed its passing. President Barack Obama threatened to veto the bill, but after amendments were made, he relented.

"I have signed this bill despite having serious reservations with certain provisions that regulate the detention, interrogation, and prosecution of suspected terrorists," he said of the $662 billion legislation last year.

The White House had lifted a veto threat against the measure after legislators made changes in language involving detainees to make clear that nothing in the bill requiring military custody of al Qaeda suspects would interfere with the ability of civilian law enforcement to carry out terrorism investigations and interrogations in the United States.

"I want to clarify that my administration will not authorize the indefinite military detention without trial of American citizens," Obama said in a statement last year. "Indeed, I believe that doing so would break with our most important traditions and values as a nation."

Smith argued that the current administration's policy is not enough.