More evidence of clean up at Iran military site

Two western diplomats tell CNN that satellite images reviewed by the International Atomic Energy Agency show trucks and earth-moving vehicles at the Iranian military site from which international inspectors have been denied access to. The description provides further clarity to IAEA concerns, first reported by CNN's Matthew Chance last week, that the Iranians were trying to clean up the Parchin facility. END_OF_DOCUMENT_TOKEN_TO_BE_REPLACED 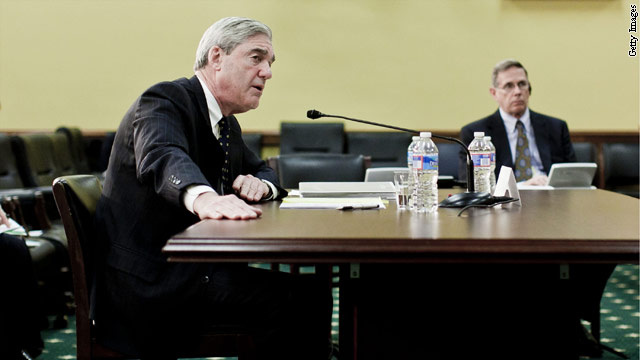 By Carol Cratty and Pam Benson

A special group set up to interrogate captured terror suspects has been mobilized more than a dozen times in the past two years, FBI Director Robert Mueller said Wednesday.

"It's been effective," Mueller told a House appropriations subcommittee when asked about the use of the so-called High-Value Detainee Interrogation Group, known as HIG. "Over the last two years I think we've had 14 instances where we've deployed elements of the HIG to conduct interrogations."

Mueller did not list the cases in which the HIG was used. A law enforcement official said the HIG can be deployed both overseas and in the United States and can be used in interrogations with U.S. citizens as well as non-citizens.

END_OF_DOCUMENT_TOKEN_TO_BE_REPLACED

The United States imposed sanctions Wednesday on a senior member of Iran's Islamic Revolutionary Guard Qods Force and designated him as a narcotics trafficker, the first such designation of an Iranian official.

Gen. Gholamreza Baghbani, the current chief of the ICRG-QF office in Zahedan, Iran, has allowed Afghan narcotics traffickers to smuggle opiates through his zone of operations in exchange for money, the U.S. Treasury Department said in a statement. END_OF_DOCUMENT_TOKEN_TO_BE_REPLACED

America is working to remove al-Assad's regime in Syria through diplomatic pressure, Secretary of Defense Leon Panetta said Wednesday, but he warned against U.S. military intervention.

"For us to act unilaterally would be a mistake," Panetta said in his opening statement to the Senate Armed Services Committee hearing on Syria. He noted there is no consensus among nations for intervention.

Panetta said military options are being considered, but he asked the senators to “recognize the limitation of military force, especially U.S. boots on the ground."

END_OF_DOCUMENT_TOKEN_TO_BE_REPLACED

The head of U.S .Special Operations Command recently held a closed-door secret meeting at his Florida headquarters to discuss the future of special operations forces in Afghanistan after the U.S. formally withdraws at the end of 2014.

The Tampa meeting was called by Adm. William McRaven, commander of SOCOM. It involved some of the most senior officers in the military, as well as officials from U.S. intelligence agencies, two U.S. military officials told CNN.

Gen. John Allen, the top commander in Afghanistan; Gen. James Mattis, the commander of U.S. Central Command, as well as Gen. Martin Dempsey, chairman of the Joint Chiefs of Staff were just some of the participants, the officials said.

The officials declined to be identified because what was discussed at the meeting is considered highly private by the participants prior to key decisions being made about the future role of special operations forces.

END_OF_DOCUMENT_TOKEN_TO_BE_REPLACED 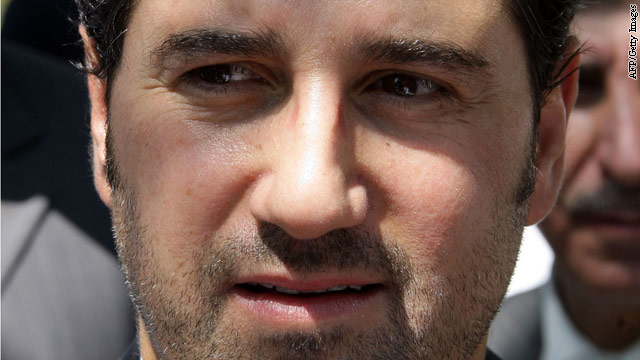 "It's not a question right now of Alawites versus Sunnis," U.S. Assistant Secretary of State Jeffrey Feltman told a Senate hearing Thursday. "It's a question of the Assad-Makhlouf mafia that has basically hijacked the entire state of Syria for four decades in order to enrich itself and protect itself against the Syrian people."
END_OF_DOCUMENT_TOKEN_TO_BE_REPLACED